Dr Mary Patricia O'Donnell, wife of retired solicitor Brian O'Donnell, is entitled to argue she has a right of residence at Gorse Hill in Killiney, Co Dublin, which the family was ordered to vacate last year, the Court of Appeal has ruled.

Mr Justice Donal O'Donnell, on behalf of a three-judge appeal court, said Dr O'Donnell was entitled to contest an injunction preventing the couple from trespassing on Gorse Hill or interfering with a receiver's right to dispose of the property to help meet the O'Donnell's €71m debt to Bank of Ireland.

She was entitled to do so on the basis of an argument put forward on her behalf by her husband, who represented both of them in the case, that she had a right of residence in the house, he said.

This arose out of the couple's claim that under the Family Home Protection Act, guaranteeing property entitlements to spouses. 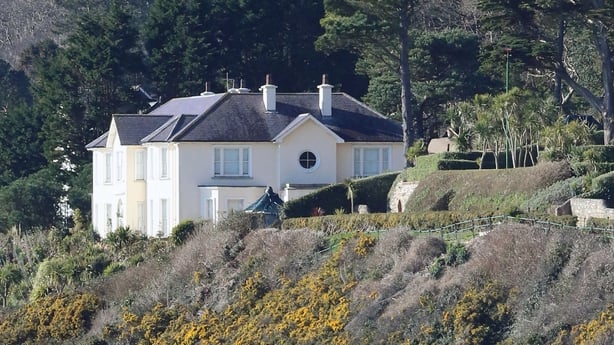 It was claimed Dr O'Donnell had not received separate legal advice from her husband when their right of residence in Gorse Hill, subject to two years notice of termination, was agreed in October 2000 as part of  a trust vesting the beneficial interest in the property to their children.

As a result, it was claimed, this had the effect of invalidating a mortgage and security related to the property by an Isle of Man registered company, Vico Ltd, to Bank of Ireland.

The O'Donnells had contested the trespass injunction sought by the Bank of Ireland receiver and lost in the High Court.

The receiver's central argument was that because the O'Donnells were now bankrupt, only the official dealing with their bankruptcy could defend the case or assert right of residence, and that official had chosen not to do so.

The O'Donnells appealed arguing the High Court erred on a number of grounds.

They alleged breaches of their constitutional and European Convention rights including in relation to fair procedures and in relation to their right to contest the trespass injunction.

They said this was a personal right, which did not vest in their estate being handled by the bankruptcy official.

They argued the High Court erred in finding the right of residence was a proprietary rather than a personal right.

Mr Justice O'Donnell found their claim that the bankruptcy official should not have intervened in the trespass proceedings was misconceived.

However, he found that because the bank sought injunctions restraining the O'Donnells personally, and not the bankruptcy official, from trespassing, the O'Donnells must remain a party to the proceedings for court orders to be effective.

The only question then was what defence the O'Donnells could assert once they were a party to the trespass case.

Mr Justice O'Donnell said given the Family Home Protection Act, which he said is an unusual provision designed to provide protection to spouses, it cannot be said this is a property right which vests (in the bankruptcy official) on adjudication of bankrutpcy.

"It is not, at least in its own terms, something which is convertible into money, which would benefit the estate of the bankrupt", he said.

A right of residence, which he described as a uniquely Irish concept, is "on its own terms both personal and non-assignable", he said.

He affirmed the decision of the High Court in dismissing claims in relation to invalidity of the original judgment against the O'Donnells and their claims for fraud, deceit and misrepresentation because the right to argue them only belongs to the bankruptcy official.

However, he was excepting from that the claim in relation to right of residence and the Family Home Protection Act.

The O'Donnells may now proceed with those claims in the High Court, he said.