Center Parcs UK is to create 1,000 permanent jobs after being given full planning approval from An Bord Pleanála for a €230m holiday village park in Longford.

In addition, 750 people will be employed during the construction phase of the project, which will see more than 400 holiday lodges being built in a forest near Ballymahon.

An Bord Pleanála set 20 conditions, none of which are believed to affect the developer's plans to proceed, including payment towards new road infrastructure in the area, expected to total €1m.

In its 60-page ruling the board said the project would not adversely affect the biodiversity of the area, traffic control or infrastructure and water quality issues, as long as conditions set down are put in place.

The project includes provisions for 470 lodges and 30 apartments in a 350-acre woods in Co Longford.

The board has not recommended any reduction in the housing density of the site or other major additional features.

In a statement, Center Parcs UK said it will now move to the public procurement process for the building contracts.

CEO Martin Dalby said Center Parcs is working towards and opening date in 2019.

"Once open, the forest holiday village will have capacity for up to 2,500 guests and employ up to 1,000 people in permanent jobs", he added.

Mr Dalby said it is expected that many of the jobs will be filled locally and that when operational the site will add around "€32m to Ireland's GDP per annum".

Chairman of Longford County Council Mick Cahill said the new facility will bring economic and social benefits to the region and will increase the profile of Longford as a place to visit. 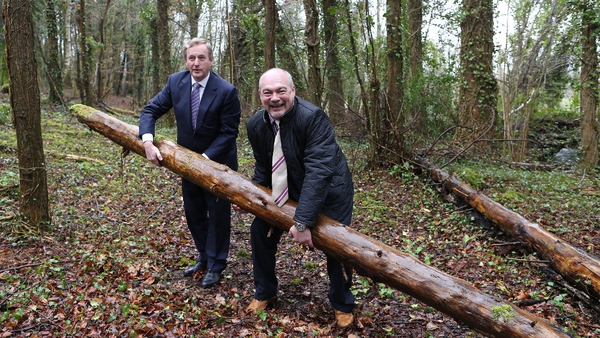