British Prime Minister Theresa May has promised to work for a "practical solution" to the future of the border between Northern Ireland and the Republic following Britain's exit from the European Union.

Ms May was speaking after talks with First Minister Arlene Foster and Deputy First Minister Martin McGuinness on her first visit to Northern Ireland as prime minister.

She said she would seek to reach a Brexit deal with Brussels which was "in the best interests of the whole of the United Kingdom".

"If you look ahead, what is going to happen when the UK leaves the European Union is that of course Northern Ireland will have a border with the Republic of Ireland, which will remain a member of the European Union," said Ms May.

"But we've had a common travel area between the UK and the Republic of Ireland many years before either country was a member of the European Union.

"Nobody wants to return to the borders of the past.

"What we do want to do is to find a way through this that is going to work and deliver a practical solution for everybody - as part of the work that we are doing to ensure that we make a success of the United Kingdom leaving the European Union - and that we come out of this with a deal which is in the best interests of the whole of the United Kingdom."

Ms May said her talks at Stormont Castle had concentrated on the impact of the Brexit vote, and characterised the discussions as "very constructive ... positive".

She repeated her vow, made on the steps of Downing Street moments after becoming prime minister on 13 July, that she would govern "for the whole of the United Kingdom - of which Northern Ireland is a valued part".

She added: "I'm very clear that the government will deliver on the Stormont House Agreement and the Fresh Start Agreement."

Ms May said: "Brexit means Brexit, but we will be making a success of it and I am clear that the Northern Ireland Executive and the other devolved governments will be involved in our discussions as we set forward the UK position.

"I recognise there's a particular circumstance in Northern Ireland because, of course, it has a land border with a country, the Republic of Ireland, that will be remaining in the EU.

"We've had constructive talks about the will that we all have to find a way through this which is in the best interests of Northern Ireland and the best interest of the United Kingdom as a whole."

In Northern Ireland 56% voted to Remain and the UK-wide vote to Leave has triggered intense political wrangling in the region.

The Stormont Executive is divided on the EU issue, with the DUP backing Brexit and Sinn Féin advocating Remain.

People and goods going between Northern Ireland and the Republic have been able to move freely thanks to the common travel area (CTA).

The open borders agreement, set up in the 1920s, has been strengthened by both Britain and Ireland's European membership.

However, questions and concerns have been raised about what this means for the CTA and for both economies in the wake of the UK's Leave referendum result.

A cross community group of politicians and human rights activists in Northern Ireland are threatening to take legal action over Brexit.

Lawyers for the group have written to Ms May urging her to consider the peace process and other unique requirements before triggering the mechanism to leave the EU.

French President Francois Hollande has said the Irish border will be a special case in the Brexit negotiations.

Mr McGuinness has said that Brexit would have profound implications for the island of Ireland.

Speaking on RTÉ's Morning Ireland, Mr McGuinness said he intends to make clear to the new prime minister that the people of Northern Ireland see their future in Europe and this had to be respected.

He added that the British government must also acknowledge the special circumstances in the North.

No deadline for start of Brexit talks - EU president Juncker

EU Commission President Jean-Claude Juncker has said there was no deadline for Britain to start talks on leaving the European Union.

Ms May told Mr Juncker earlier this month that Britain hoped to hold positive talks with the EU after the 23 June referendum to leave the bloc, but needed time to prepare for the negotiations. 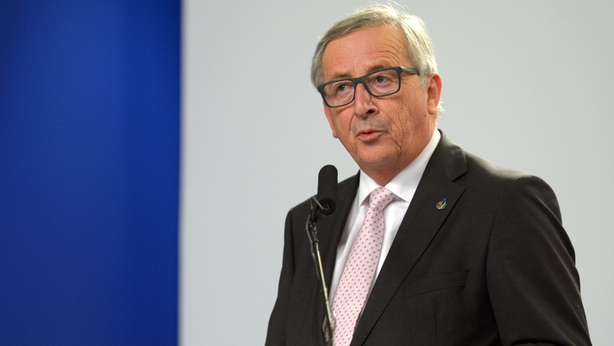 Mr Juncker told France 2 television there was no deadline, since article 50 of the EU treaty, which specifies the exit procedures, can only be activated by Britain.

"I would have preferred the UK presents us its letter of resignation, so to speak, as soon as possible, as I had thought that the British, especially those who wanted to leave the EU, would have prepared for this possibility," Mr Juncker said.

He added that this was not the case and that the UK government would need several months to fine tune its position.

Scotland’s First Minister Nicola Sturgeon said she would start preparatory work on splitting Scotland from the rest of Britain in order to keep the option of independence available following vote to leave the EU.

"If we find that our interests can't be protected in a UK context, independence must be one of those options that Scotland  must have the right to consider," Ms Sturgeon said in a speech.

She also said UK politicians failed to prepare for a vote for Brexit, describing it as "one of the most shameful abdications of responsibility in modern political history".

She criticised what she described as a "lack of leadership" from the UK government and those leading the campaign to leave the EU in the days following the referendum result.

Ms Sturgeon was setting out her next steps in securing Scotland's position in Europe, a month on from the Brexit vote, at a speech in Edinburgh.

She said after the vote it had been the "the job of politicians not to pretend somehow that we instantly had all the answers but to give a sense of direction, to try to create some order out of the chaos".

"That's what I was determined to do for Scotland and I assumed that UK politicians would do likewise," she said.

"It turned out I was wrong about that.

"In fact, the absence of any leadership and the lack of any advance planning both from the politicians who proposed the referendum and from those who campaigned a leave vote surely must count as one of the most shameful abdications of responsibility in modern political history." 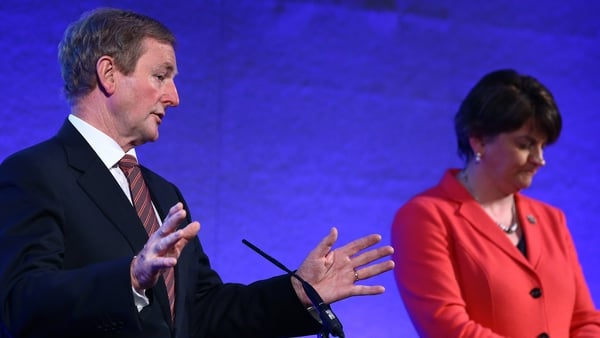 Kenny: No return to watchtowers and checkpoints