Thousands of people headed for Bray today to see displays from the Red Arrows, wing walkers and the Italian Air Force.

The organisers of the Bray Air Display said this year saw a record attendance of 90,000 today and 50,000 yesterday.

The Red Arrows team of nine jets in their distinctive red livery, opened the event with a display of aerobatics while Italy's Frecce Tricolori brought the day's aviation show to a finale.

Spectators along Bray promenade were treated to a total of 14 team displays during the family event.

Blue skies and a turquoise sea in Bray for @BrayAirShow plus Bray Head still has that bush fire! pic.twitter.com/UQyggD2qKp

The Director of Bray Air Display, Sé Pardy, said: "This is the first time in the event's 11-year history that the Red Arrows have performed and we are thrilled to have them here.

"To also have Italy's finest, the Frecce Tricolori and teams from the UK, France and Sweden, as well as the very best in Irish aviation is a wonderful achievement for all involved." 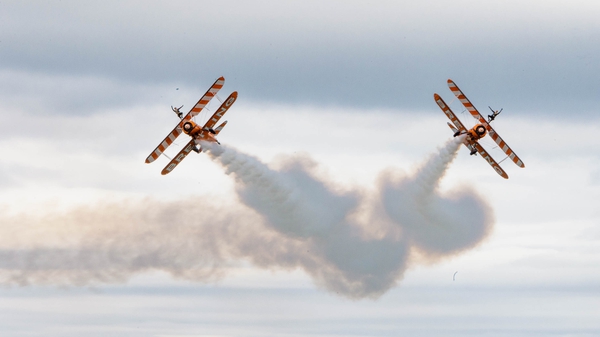