A teenager cried as he was remanded in custody for causing the death of a mother-of-three in a scrambler motorbike crash in west Belfast.

Valerie Armstrong, 35, was walking her dog in a forest park on the outskirts of Belfast on Tuesday evening when she was knocked down by a bike.

In a hearing at Belfast's Laganside Courts, a district judge was told the 17-year-old male was "extremely remorseful" about what had happened. 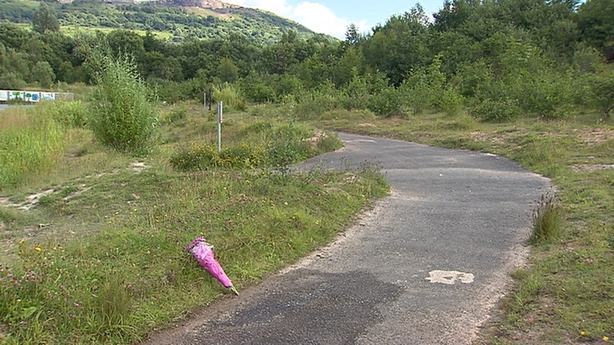 The teenager, who cannot be named due to his age, appeared before district judge Neil Rafferty charged with causing her death by dangerous driving and driving without insurance.

During questioning by the accused's lawyer, a police officer told the judge the youth had co-operated fully during interview and had expressed extreme remorse.

The officer also confirmed that the boy had waited with the injured Ms Armstrong in the period before an ambulance arrived.

The incident happened on a lakeside path in Colin Glen Forest Park in west Belfast at 6pm on Tuesday as many people were out enjoying the good weather in the popular location.

The accused was remanded into custody to appear before court again, via video-link, on 18 August.

A 15-year-old boy who was also arrested in connection with the incident was later released on bail pending further police inquiries.