The highest rate of increase was in Fingal in Dublin, which grew by 8%, while the biggest fall in population was in Donegal, where it declined by 1.5%. 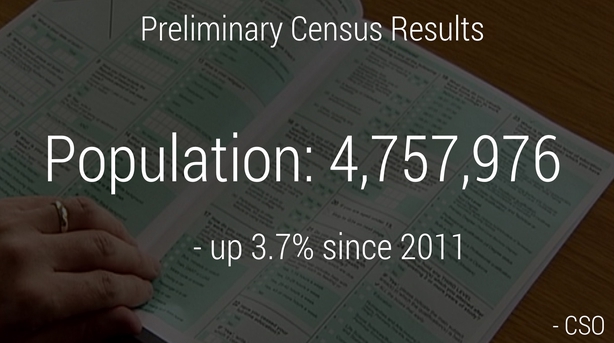 Donegal was one of just three counties - along with Mayo (-0.2%) and Sligo (-0.1%) - to experience a fall in population over the past five years.

The greater Dublin area and Cork showed the highest levels of population increase.

There was a natural increase in population of 198,282, due to higher births than deaths. 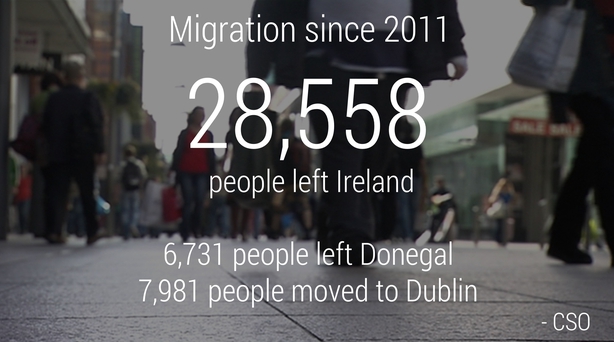 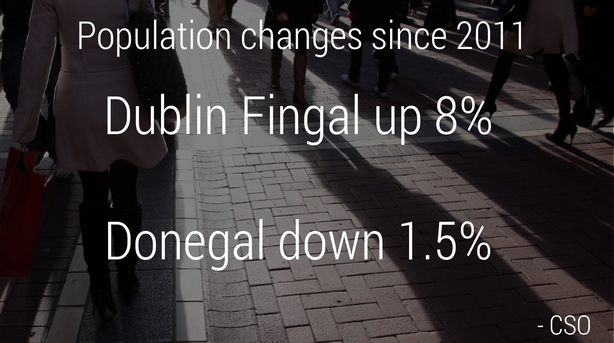 Within this number, holiday homes have increased by around 2,000 units. However, there was a notable increase in the number of vacant holiday homes in Dublin city centre - up from 322 in 2011 to 937 this year - an increase of 190%.

Reacting to the CSO figures on vacant homes, the Head of Communications at the Peter McVerry Trust called for the State to urgently act to address the large volume of empty properties in private ownership.

Speaking on RTÉ's News at One, Francis Doherty said the charity want the State to identify houses that can be brought on stream quickly, and may be suitable for people who are homeless.

Mr Doherty said the next step is for the Housing Agency to do an in-depth analysis of the CSO figures, to find out what sort of properties are available, what sort of state they are in and how quickly they can be turned around.

'If you take the figures for the Dublin local authorities there are 36,000 vacant units in the region and there are 4,000 individuals in homelessness.

"So it could really make a huge impact. What's needed is for the local authorities to take the same approach to the private residential units as they have over the last two years in relation to their own local authority void units.'

The Census, recorded every five years, was compiled this year from household, hotel and guesthouse returns on Sunday 24 April.

The results are based on the summary counts for each enumeration area, which were compiled by the 4,663 Census enumerators and which have been returned to the CSO in advance of the Census forms themselves.