Several thousand people have taken part in the 10th annual 'All-Ireland Rally for Life', which claims to be the biggest anti-abortion event in the country.

Marchers from both sides of the border marched through the city centre in the All-Ireland Rally for Life, which opposes the liberalisation of abortion laws.

Separately, a number of groups and organisations, including Amnesty International who are calling for greater access to abortion, marched through the city centre earlier in the day.

A rally involving these organisations and pro-choice groups heard calls for changes in abortion laws. 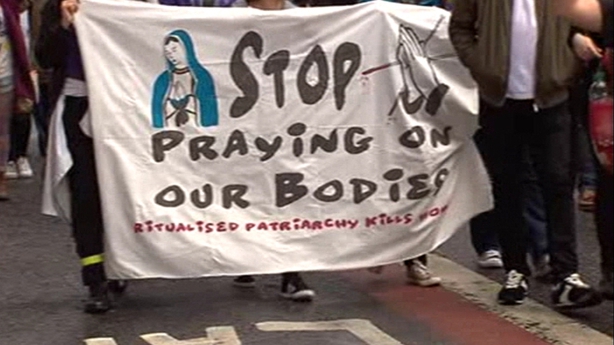