A man has died after being shot several times outside a shop in Dublin's inner city this afternoon.

He has been named locally as 53-year-old David Douglas from Cabra.

Gardaí said he was shot up to four times by a gunman in the head and chest near the entrance to a shop on Bridgefoot Street at around 4.10pm.

He was taken to St James's Hospital where he was later pronounced dead.

The victim had a number of previous convictions and was sentenced to 12 years for attempted murder and armed robbery in 1983.

Last year he survived a murder attempt when he was shot three times in the chest near his home in Cabra.

He was the father of a teenage girl.

At a press conference this evening, Superintendent Patrick McMenamin of Kevin Street Garda Station said a handgun was recovered at the scene of the shooting.

The gunman is believed to have left the scene in a silver/grey coloured Mercedes Benz CLA, registration number 161D26702.

This car was driven by a second man and was taken from the Navan Road area on Thursday.

This car was discovered, burnt out, at Spitalfields, close to Carman's Hall, Dublin 8, and has been preserved for technical examination. 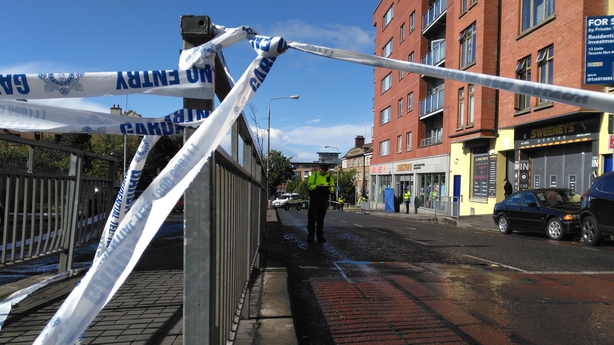 An incident room has been established at Kevin Street Garda Station and a Garda Family Liaison Officer has been appointed.

Supt McMenamin has appealed for witnesses or anyone with information to contact gardaí at Kevin Street Garda Station on 01 6669400, the Garda Confidential Line on 1800 666111 or any garda station.