Some parts of the country experienced flash floods this afternoon.

In Dublin motorists were warned to drive with care on Parkgate Street after heavy rain caused flooding.

Other parts of the capital were also affected, including Phibsborough and Cabra, and there was some flooding in Athlone.

Met Éireann issued a status yellow warning for most of the country, warning of thundery downpours of and local flooding. The warning has since been lifted.

Dublin City Council says it has been informed of a number of roads being flooded.

It says it has crews assisting. 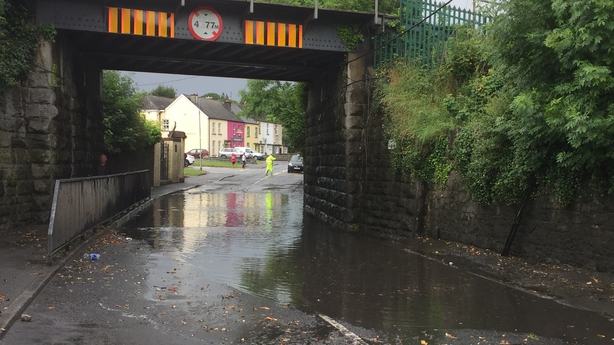 Yikes, a bit damp in these parts! pic.twitter.com/D534UySiiV