A new report has found alcohol was a factor in almost 40% of fatal road incidents.

The study by the Road Safety Authority looked at 867 of these incidents for which files were available for analysis and found alcohol was a factor in 38% or 330 of them.

29% of the incidents involved a driver or motorcyclist who had consumed alcohol while 9% involved pedestrians who had been drinking.

Chief Executive of the RSA Moyagh Murdoch has described the findings as shocking. 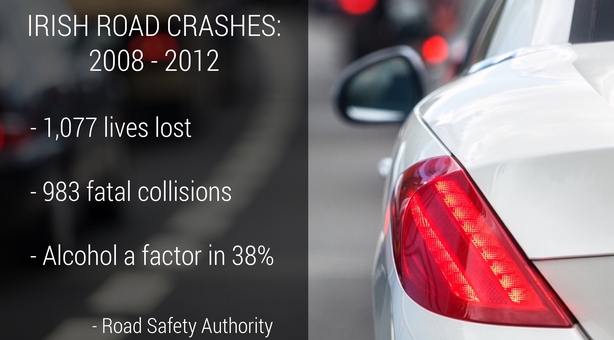 Chief Superintendent Aidan Reid said: "Over 3,000 people have been arrested on suspicion of driving under the influence of an intoxicant since the beginning of the year.

"We wish to remind road-users that An Garda Síochána will be out on the roads over the bank holiday weekend to monitor all high risk behaviour, including drink driving." 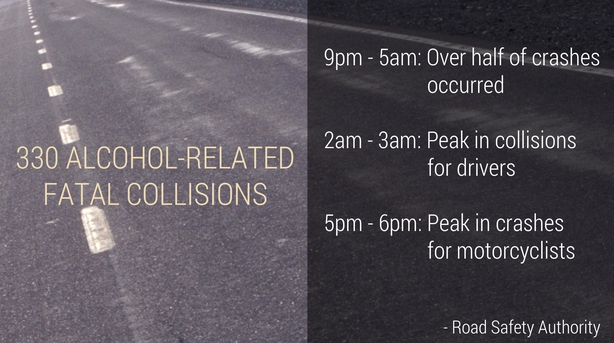 Minister for Transport Shane Ross has questioned the effectiveness of gardaí and the Road Safety Authority in dealing with drink driving.

Speaking at the publication of the report, Mr Ross said there are "probably not enough" alcohol checkpoints being run by gardaí and he asked if the advertising campaigns being run by the authority were working.

Min for Transport said he's shocked by new report which shows alcohol a factor in 38% of fatal collisions @rtenews pic.twitter.com/TyXsfjQtt3

He said the number of road deaths were "utterly unacceptable" and he said the situation of people drinking and driving could not be allowed to go on.

He said the report only covers up until 2012 and that he understands that figures for recent years are worse.

Minister Ross said it showed there was no cause for "smug satisfaction" about the safety of our roads or in our attitude to drink driving.

The Director at the Medical Bureau for Road Safety, Professor Denis Cusack, said drinking alcohol and driving remains a major problem in Ireland.

He said that many people wrongly believe that drink driving is a problem that belongs in the past.

Speaking on RTÉ's News at One, he said: "Drink driving remains a big problem. And even though we're putting a great deal of effort into looking at drugs and driving and speeding and mobile phones, alcohol remains a big problem in causing crashes because it also leads to other things such as speeding, inattention, reckless driving, risky behaviour in driving."