A claim for damages against Volkswagen following last year's emissions controversy has been before Castlebar District Court.

In the first case of its kind in the country, Eithne Higgins of Croghan, Boyle, Co Roscommon, is seeking compensation after the carmaker admitted cheating on emissions tests last year.

Last autumn, it emerged that Volkswagon had installed software in diesel cars to trick emissions testers in the United States. In the weeks that followed, thousands of vehicles in Ireland were recalled by the company.

At Castlebar District Court today, her solicitor lodged an application seeking a formal order for discovery of documentation. Evan O'Dwyer said the company had refused to provide his client with material he needed to progress the case.

Barrister Paul Fogarty, representing Volkswagen, said Mr O'Dwyer had a number of similar applications pending in other court districts. He put it to Judge Mary Devins that these might be considered in totality by one district court judge, in order to save time and streamline the process.

Mr Fogarty told the court that the central issue in all cases related to emissions of either carbon dioxide (CO2) or oxides of nitrogen (NOx). He said a very large volume of documentation was being sought and that in the case of the claim being made by Ms Higgins, the issue related to NOx difficulties.

He contended that Mr O'Dwyer had been told there was no CO2 defect with the vehicle and yet had issued proceedings on that basis. Mr Fogarty said there was different documentation in respect of each issue and said that all sides would benefit if the matter was clarified.

He also said that there had been an "erroneous assertion of jurisdiction by the plaintiff" in taking the case before the District Court in Mayo, given that a Dublin-based company and a foreign-based company were being pursued.

Judge Mary Devins told the legal representatives for Volkswagen that she had complete autonomy for the running and management of cases before the District Court in her area.

Judge Devins said she would hear the application and that she would consider the issue of documentation relating to CO2 or NOx emissions. She told both legal teams that she could direct that any order for discovery could be specific in this regard.

Following a brief adjournment to allow for consultations, Judge Devins said she would hear the motion for discovery next month.

In his submission, Mr O'Dwyer said there was a "desperate attempt" by Volkswagen not to have the proceedings heard. He said the company had accepted it had been in the wrong. It had admitted as much in correspondence sent to his client and in public statements made by senior figures since the emissions scandal emerged. Yet, in letters sent to Ms Higgins in recent months, he said there were repeated references to costs being sought from his client.

He said there was no sworn testimony to state that the issue with Ms Higgins' vehicle related to NOx and that there had been equivocation on this matter in letters sent by legal representatives for Volkswagen.

Mr O'Dwyer said he had clients from all parts of the country and they were perfectly entitled to have their cases heard in their local district court. He contended that the company acting for Volkswagen, A&L Goodbody solicitors, wanted all cases moved to Dublin.

He contrasted the public utterances of Volkswagen with the situation his client had experienced when she "had the temerity to take on the company". Mr O'Dwyer said this indicated people would be "hounded and pursued" if they lodged legal proceedings.

Pointing out that the claim for damages was capped at €15,000 under District Court rules, he said his client was more determined than ever to proceed with the case. 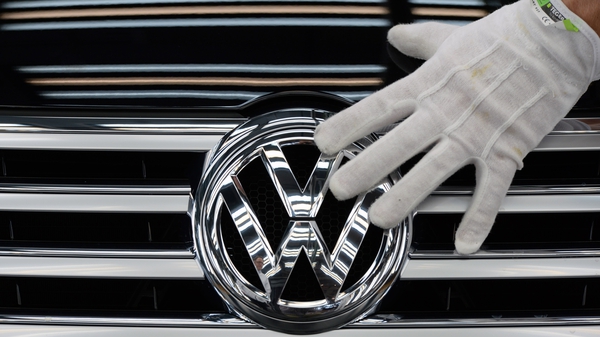 VW reportedly reaches deal in US over emissions