Thursday's strike action by Luas drivers is set to go ahead after SIPTU and Luas operator Transdev failed to reach a solution to their dispute over pay.

Transdev has described the pay demands of drivers as "still way north" of anything the company could possibly deliver.

Managing Director Gerry Madden said the drivers were seeking increases totalling 26.5%, which were double the 13% the three non-driver grades voted to accept.

He also claimed the drivers had not been prepared to concede sufficient productivity in return for any increases, and that was just not doable.

Mr Madden warned that earlier threats of protective notice, layoffs and payroll deductions were "still live", adding that if the company had to use them, it would.

He said there were no formal plans to meet again, but hoped the drivers would reflect on the situation, and said he was prepared to return to talks if the union invited him.

He apologised to passengers for Thursday's strike.

Meanwhile, SIPTU has called on Transdev management to re-engage in negotiations with representatives of Luas drivers.

Traffic supervisors are understood to have accepted the deal by around 75% as well.

SIPTU Organiser John Murphy said: "These members believe that the proposals can form the basis for a just resolution to this dispute."

Representatives of the non-driver grades said they would not be striking even if the drivers do so. 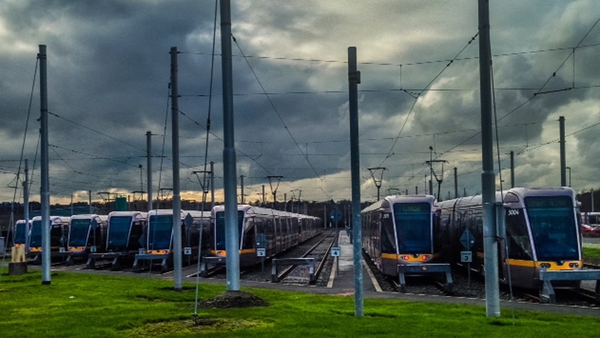