A discovery by a team of scientists in Ireland could stem the spread of deadly superbugs predicted to kill millions of people worldwide over the coming decades.

The research has found an agent that can be baked into everyday items like smart-phones and door handles to combat the likes of MRSA and E. coli.

The nanotechnology has a 99.9 % kill rate of potentially lethal and drug-resistant bacteria, they say.

"This is a game changer," he said.

"This breakthrough will change the whole fight against superbugs. It can effectively control the spread of bacteria."

The findings were published today in the international journal Scientific Reports. 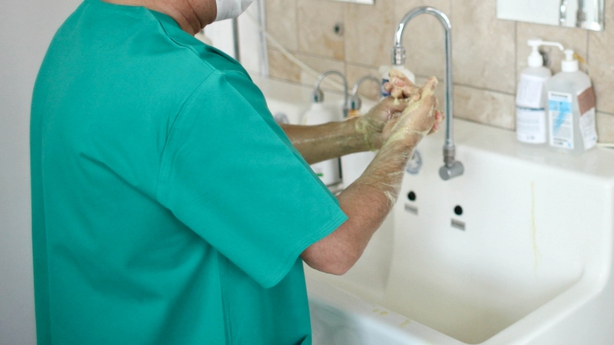 Last week Britain's Chancellor of the Exchequer George Osborne warned in a speech to the IMF that superbugs could become deadlier than cancer and are on course to kill 10 million people globally by 2050.

Scientists have been in a race to find a way of preventing the spread of the bacteria which causes the superbugs.

The new discovery works by building or baking a water-based antimicrobial solution that kills micro-organisms or inhibits their growth into everyday products as they are being manufactured.

These could include anything made from glass, metallics and ceramics including computer or tablet screens, smartphones, ATMs, door handles, TVs, handrails, lifts, urinals, toilet seats, fridges, microwaves and ceramic floor or wall tiles.

Professor Pillai says the innovation will be of particular use in hospitals and medical facilities which are losing the battle against the spread of the killer superbugs.

"Every single person has a sea of bacteria on their hands," he said.

"The mobile phone is the most contaminated personal item that we can have. Bacteria grows on the phone and can live there for up to five months.

"As it is contaminated with proteins from saliva and from the hand, it's fertile land for bacteria and has been shown to carry 30 times more bacteria than a toilet seat."

The research has been funded for the past eight years by John Browne, founder of Kastus Technologies, who will now work to bring the product to a global market.

The team says the nanotechnology is non-toxic and has no harmful by-products.

They are already working on how to adapt it for use in plastics and paint, allowing even wider use.