Dissident republicans are being blamed for the murder of a 33-year-old Belfast taxi driver and father of four last night.

The PSNI's Chief Supt. John Mc Vea told a news conference today that late on Thursday night, two men had called to Michael McGibbon's home, at the top of the Crumlin Road in North Belfast, but were refused entry.

Both were wearing hoodies, baseball caps and scarves. One was in his late teens, the other in his late 20s.

The McGibbons reported the threatening incident to the police.

At around 10pm last night Mr McGibbon went to an alley close to his home, possibly under instruction. Armed men were waiting.

They fired a number of bullets into his groin and leg areas: his wife who is a nurse heard the shots and rushed to the scene.

Dissident republicans are being linked to the crime. It has been condemned by local Sinn Féin, SDLP and Alliance representatives.

Detectives are calling on the community in Ardoyne to help bring Michael McGibbon's killers to justice - 'community information is vital'.

According to Sinn Féin's Gerry Kelly, another local family was also visited and threatened on Thursday night.

Inspector Murphy added that the PSNI is "keen to hear from witnesses or anyone with information regarding this heinous crime". 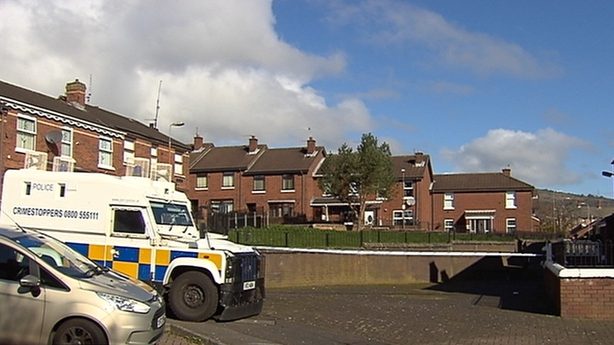