The cost of rapid build housing for homeless families in Ballymun could reach €243,000 per unit, far more than the €100,000 figure originally discussed for modular housing units, RTÉ News has learned.

Correspondence between Dublin City Council and the Department of Environment, obtained by RTÉ, discusses the spending allocation for the 22 unit project.

A letter from DCC to the Department on 18 November 2015 details how €4.2m, excluding VAT (€4.7m including VAT) was to be spent paying the contractor which won the tender, Western Building Systems Ltd.

A further €500,000 allowance was sought by the council for what was called "Council Project Costs".

The "estimated total cost" inclusive of VAT, is put at €5.3m.

The letter emphasizes that approval was required urgently if the project was to be completed by 21 December 2015, as then planned.

"Failure to enter into a contract with Western Building Systems Ltd by this Friday 20th November will result in a closure of the [tender] process without outcome. Unfortunately there is no scope for tolerance beyond this date whatsoever included in the process."

An agreement was entered into the following day [19 November] with Western Building Systems Ltd and work commenced on the project on 23 November.

The opening of the project has been delayed, in part due to protests and poor weather conditions.

It was originally scheduled to take four weeks, concluding before Christmas.

However, construction only concluded in the last two weeks. It is understood the first homeless families will begin living in the homes later this month.

It is unclear whether the allowance for "Council Project Costs" has been availed of in full, or if any costs can be recouped from the contractor due to delays.

In a statement Dublin City Council said it would be entirely inappropriate and misleading to make any comment on the issue of costs as they were are currently involved in the final account negotiations with the contractor.

"Furthermore, we regard the discussion of costs to be strictly confidential and commercially sensitive to both ourselves and the Contractor until the tender process is concluded.

"Consequently, we are not in a position to comment on the matter of costs at this juncture. However, we would be happy to provide detail of the final accounts once the process is complete," the statement added.

The Department of Environment said DCC's own costs had not yet been finalised. 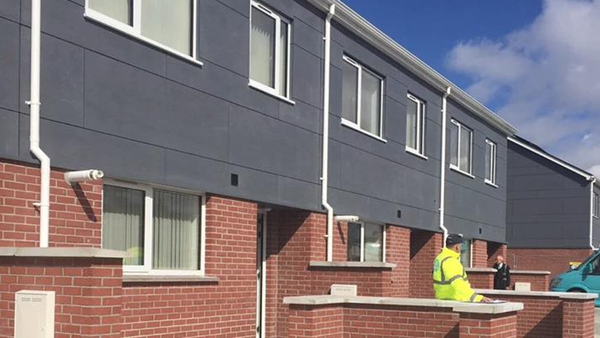