62 people have died following a crash on a flydubai Boeing 737 as it was landing in Rostov-on-Don in Southern Russia this morning, officials have said.

The plane was making its second attempt to land in bad weather when it missed the runway, erupting in a huge fireball as it crashed.

"flydubai regrets to confirm that flight FZ981 crashed on landing and that fatalities have been confirmed as a result of this tragic accident," the airline said on its Facebook page. 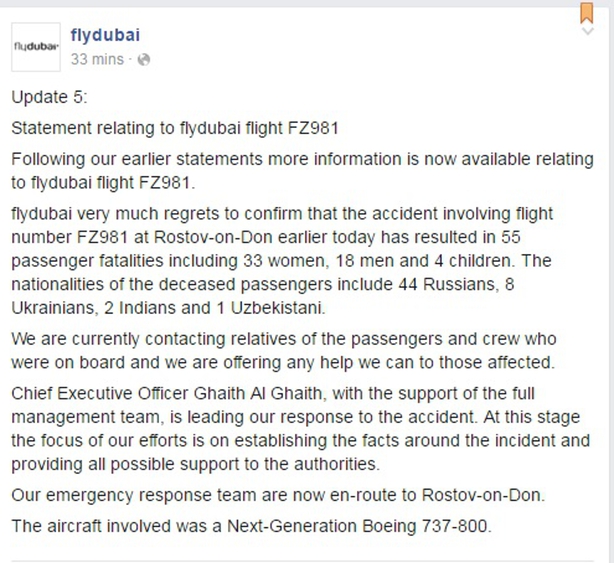 CCTV footage captured the moment the aircraft crashed a few hundred metres from the ground.

The local emergencies ministry confirmed that all 55 passengers and six crew on board were killed.

"A Boeing 737 crashed as it was coming into land. There were 61 people on board. They are all dead," said a spokesman from the local ministry, quoted by the official TASS news agency.

It was raining hard and a strong wind warning had been issued by the local emergencies ministry, TASS said. 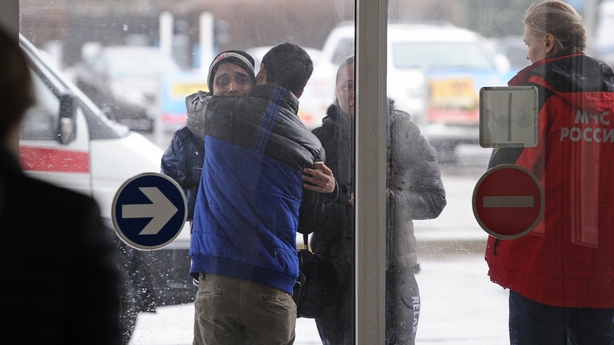 "The Boeing 737 on the Dubai to Rostov-on-Don route caught fire (after crashing)," an official statement from the emergencies ministry said, adding that it took an hour to bring the blaze under control.

The accident happened at 12.50am Irish time, according to the statement. The plane had left Dubai at 6.20pm GMT, flydubai confirmed.

Boeing said it was aware of the incident.

"We're aware of reports coming out of Russia and our team is currently gathering more details," the plane manufacturer said on Twitter.