Giving evidence in front of abuse victims in a Rome hotel room, Cardinal Pell told Australia's Royal Commission into Institutional Response to Child Sexual Abuse that children were often not believed and abusive priests shuffled from parish to parish.

"The Church has made enormous mistakes and is working to remedy those, but the Church in many places, certainly in Australia, has mucked things up, has let people down," he said via video link to the commission in Sydney.

"I'm not here to defend the indefensible."

The Australian inquiry into sexual abuse cases that occurred decades ago has taken on wider implications about accountability of Church leaders because of the cardinal’s high position in the Vatican, where he now serves as finance minister.

The 74-year-old has become the focal point for victims' frustration over what they say has been an inadequate response from the Catholic Church.

Cardinal Pell himself is not accused of sexual abuse and has twice apologised for the Church's slow response.

He said several times that he was aware of rumours and complaints when he was a young priest in the 1970s, but that Church superiors tended to give priests the benefit of the doubt, something he acknowledged was wrong.

When pressed on specific situations involving particular priests, Cardinal Pell repeatedly said he could not recollect the incidents being put to him, at one point citing "a senior moment", angering witnesses in both Rome and Sydney.

"He is an intelligent man, he is in such a high position, we all have our seniors moments but not on something like this," Trish Charter, who says she was abused between the ages of four and eight at an orphanage run by the Sisters of Mercy, said in Sydney.

David Ridsdale, who was abused by his priest uncle, Fr Gerald Ridsdale, who was later convicted of 138 offences against 53 victims, said Cardinal Pell's tone was more conciliatory than previously but "we have a long way to get to the truth".

David Ridsdale was among 15 abuse victims and supporters who travelled to Rome on the back of a crowd-funding campaign to see the cardinal give evidence after he said he was unable to travel to his native Australia because of heart problems.

Last year, Cardinal Pell denied accusations made at Commission hearings that he had tried to bribe a victim to remain quiet, that he ignored another complaint and that he was complicit in the transfer of a paedophile priest.

He said that too many allegations of abuse were "dismissed in absolutely scandalous circumstances," adding he believed the faults were personal rather than structural failings.

"There's tendency to evil in the Catholic Church too and sometimes it's better, sometimes it's worse but for good or for ill the Church follows the patterns of the societies in which it lives."

Yesterday, Cardinal Pell's office released a photo of the him tying a yellow ribbon around a fence in the Vatican Gardens, joining a campaign started by the Australian Loud Fence movement. 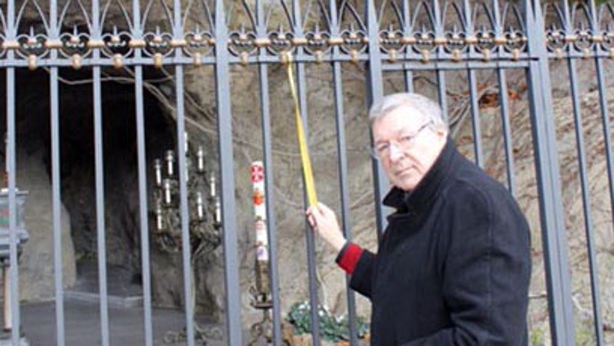 The group first hung coloured ribbons on a fence outside a Catholic school in the rural town of Ballarat, where abuse was rife, with the bright colours designed to give a voice to child victims who were silenced.

Cardinal Pell is scheduled to give further evidence over the next three days. 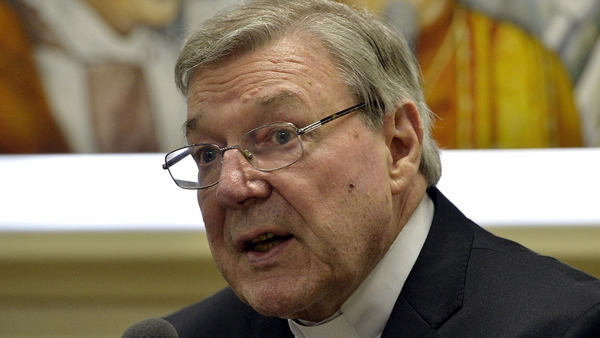