An exit poll conducted for RTÉ indicates bad news for the Government parties and gains for Fianna Fáil, Sinn Féin and Independents and Others.

The poll, carried out by Behaviour and Attitudes, was conducted among a sample of 4,283 voters around the country who were interviewed immediately after they had voted in the General Election.

The poll was conducted throughout all 40 Dáil constituencies and undertaken at 225 polling stations.

It indicates first-preference support for Fine Gael is at 24.8%, well down on previous opinion polls and the 2011 general election results.

Turning to Independents, it suggests that one third of the electorate has voted for Independents or smaller parties. 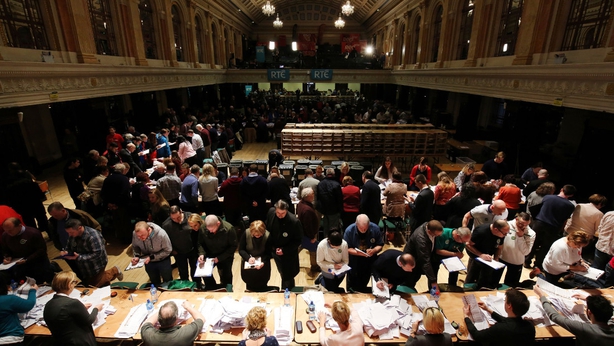 Overall it indicates that fewer than one in every three voters gave their first preference to the Government parties.

Interviews were conducted face to face with randomly selected individuals throughout the hours of polling.

The margin of error is plus or minus 1.5 percentage points.

Asked about the perceived likelihood of another election in the next 12 months, 50% said it was likely. 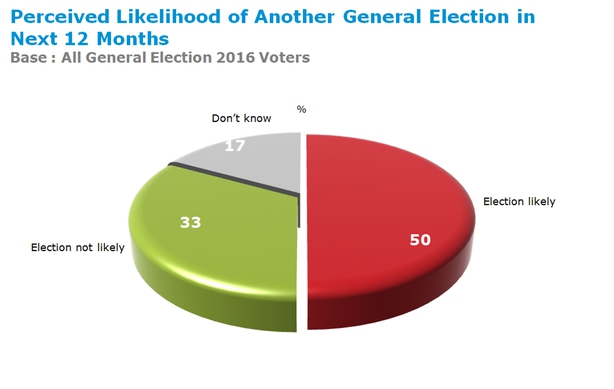 What is an exit poll? | How accurate are exit polls? | Academic reaction

Second preferences in line with first

The poll shows that voters gave their second preferences broadly in line with their first preferences, with the notable exception of Sinn Féin. 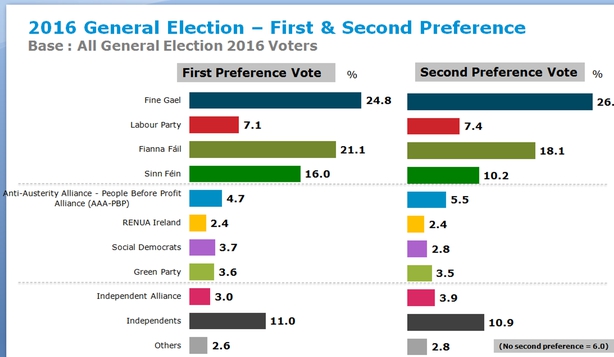 Fianna Fáil's second preferences also slipped below their first preference totals, while the Anti-Austerity Alliance/People Before Profit candidates did better as did the Independent Alliance.

Fine Gael and Labour both did slightly better on second preferences.

The RTÉ Exit Poll found that 48% of those polled believed their personal finances had stayed the same over the last year, while 26% believed they were better off and 26% thought they were worse off. 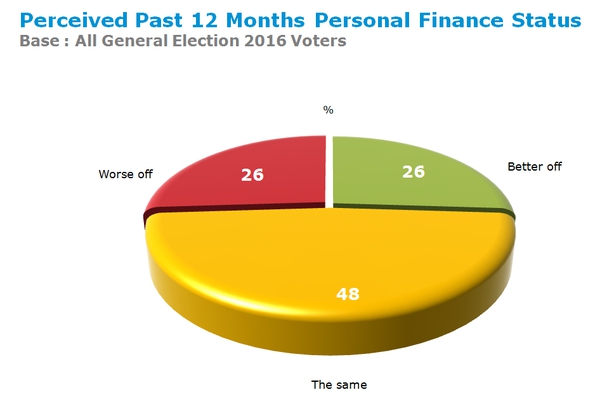 Asked about preferences for a coalition, 21% of those polled said they would like to see a return of the Fine Gael and Labour government, while a further 9% expressed a preference for a government made up of Fine Gael, Labour and independents.

The poll also showed that 15% showed a preference for a government involving Sinn Féin and other parties and independents.

It also indicated that 14% would like a coalition comprising Fianna Fáil and other parties or independents, while 13% preferred a Fine Gael and Fianna Fáil coalition.

13% said they did not know their coalition preference. 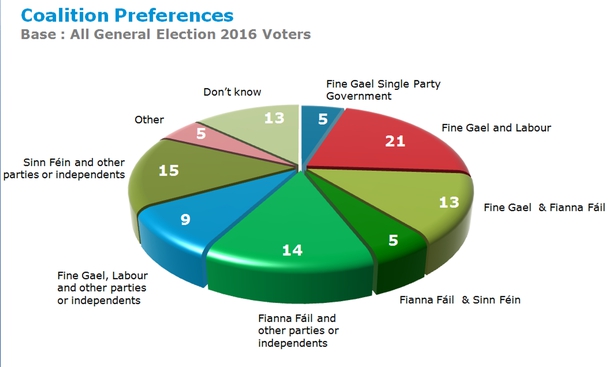 A regional breakdown of the poll shows that Fine Gael and Fianna Fáil garnered more votes in rural areas than in urban centres.

Labour, Sinn Féin, the Green Party, AAA-PBP  and the Independent Alliance polled better in urban areas than in rural areas.

In Dublin, according to the RTÉ Exit Poll, Fine Gael and Fianna Fáil earned a lower percentage of votes than their national average.

The Anti-Austerity Alliance-People Before Profit candidates garnered more than double the support in urban areas that they secured in rural areas.

The Social Democrats and Renua also fared better in Dublin than their national average.

The Fine Gael vote peaks among people aged 50 and over, and among professionals, exit poll data suggests.

Fianna Fáil is strong among those aged 35 and older, and Sinn Féin peaks within the 18-34 age group.

The exit poll indicates 15% of voters decided who they would give their first preference to only on polling day or the day before, while 20% decided during the last week of the campaign.

It also indicates that 23% decided sometime before the election was called and another 23% decided two-three weeks ago or since it was called.

18% said they always vote for a given party or the same way and 1% could not remember when they made up their mind. 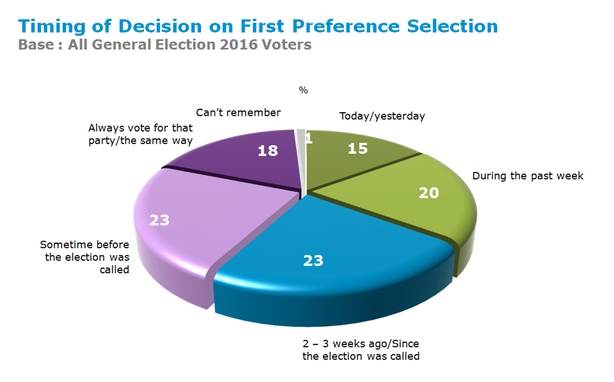 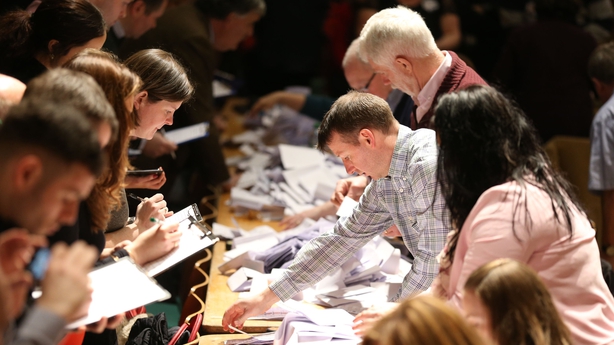 TCD Professor Michael Marsh on @morningireland: 'It’s hard to see any kind of government without Fine Gael and Fianna Fáil getting together'