A man in his 50s has been shot dead in Dublin's north inner city this evening in what gardaí believe was a reprisal for last Friday's fatal shooting at the Regency Hotel.

He has been named as 59-year-old Eddie Hutch, a brother of Gerry Hutch, nicknamed The Monk.

He was also an uncle of murdered Gary Hutch, believed to be the first victim in the bloody feud when he was gunned down almost five months ago.

Gardaí were alerted to the shooting, which happened at an apartment block on Poplar Row in Ballybough at 7.45pm.

They believe four masked men were involved in the incident.

It is understood they were travelling in a silver 3 Series BMW which was found abandoned on St Patrick's Parade in Drumcondra a short time later.

The road has been sealed off to traffic and a large number of gardaí and detectives are present at the scene.

A technical examination is taking place and the office of the State Pathologist has been informed.

Gardaí are appealing for anyone who was in the area, or may have information, to contact them at Fitzgibbon Garda Station on 01 666 8400, the Garda Confidential line on 1800-666111 or any Garda station. 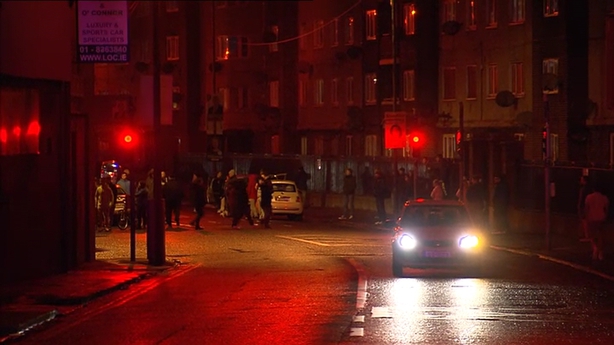 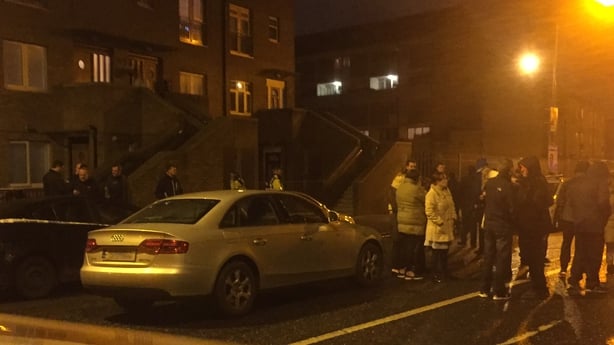 The Minister for Justice has described the shooting as another "deplorable example of the ruthlessness of gangland criminals".

She added that she will meet with the Garda Commissioner and her senior officers tomorrow.

Sinn Féin leader Gerry Adams has condemned the shooting, which he says "has brought further fear and intimidation to the streets of our capital".

Mr Adams said "those behind this latest shooting, and those behind the dreadful attack last Friday at the Regency Hotel, must be apprehended and taken off our streets."

This is a serious escalation in what has already become a murderous feud between two violent, dangerous and well-armed criminal gangs, one based in Dublin the other whose roots are in Spain but which also has strong connections with dangerous criminals on the south side of the city.

Just before 8pm a gang of four men burst into the home of a man in his 50s on Poplar Row in Ballybough on Dublin's north inner city.

They shot him several times.

He collapsed and died in the hallway of his home and his body remains at the scene.

Gardaí do believe this attack is in retaliation for the attack at the Regency Hotel last Friday where 33-year-old David Byrne, who was well known to gardaí, was shot dead.