The mother of baby Joshua Keyes Cornally has welcomed the report published by the Health Service Executive into the circumstances surrounding the death of her son, but said a number of issues remained to be addressed surrounding the funding and respite support for parents of other damaged babies who were born at Midland Regional Hospital, Portlaoise.

Shauna Keyes said she particularly welcomed the provision of a new bereavement support team at the hospital for patients and staff, and that additional staff are now being employed.

However, she said parents of babies born at the hospital needed support and respite services as has been pointed out to Minister for Health Leo Varadakar at a meeting last week, but nothing has been forthcoming.

The HSE published the report today into the death, one of four baby deaths exposed as part of an RTÉ investigation into care at the maternity unit of the hospital.

The report was published at the request of Joshua's parents, Ms Keyes and Joseph Cornally.

Baby Joshua died at full term shortly after his birth on 28 October 2009.

His death was investigated by the HSE at the time but his parents were not informed for several years.

The findings of the independent investigation identify a number of significant failings.

Among them are concerns related to the interpretation of the foetal heart rate monitor (CTG), the absence of foetal blood sampling at the hospital, the delay in delivery, and the care and support provided to Joshua's parents following his death.

The report makes 23 recommendations, all of which have now been implemented at the hospital, including the appointment of additional staff, the introduction of foetal blood sampling, a review of use of the labour inducing drug oxytocin and mandatory CTG training.

It also makes a number of recommendations relating to improved services at maternity hospitals nationwide.

The review reiterates an unreserved apology to Joshua's family for the failings that contributed to his death and for the levels of distress caused by the prolonged process which led to the conduct of this review. 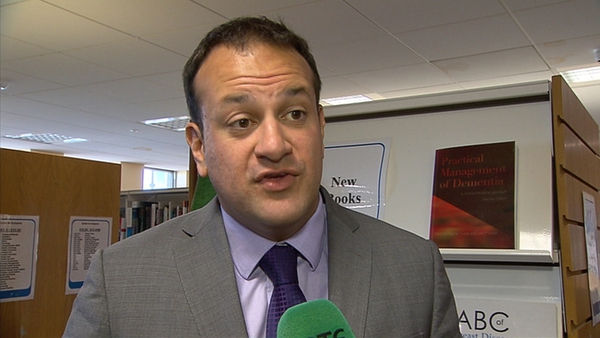