German Chancellor Angela Merkel is facing growing pressure to harden her line on refugees as the first extensive report on the New Year's Eve violence in Cologne documents a series of sexual assaults on women.

Earlier, Cologne police said at least 11 foreigners, including Pakistanis, Guineans and Syrians, had been injured on Sunday evening in attacks by gangs bent on revenge for the assaults in the city. Interior Minister Thomas de Maiziere condemned those attacks and warned against a broader backlash against refugees following the events in Cologne, which have deepened scepticism towards Ms Merkel's policy of welcoming migrants.

The right-wing Alternative for Germany (AfD) party seized on the latest developments to attack the chancellor while members of her own conservative party warned that integrating the hundreds of thousands of migrants who arrived last year would fail if the influx were not stopped immediately.

One lawmaker from the chancellor's Christian Democrats (CDU) party said: "If the influx continues as it has, then integration can't work.

"If we get another 800,000 or a million people arriving this year, then we won't be able to do this," he added, playing on Merkel's optimistic "we can do this" mantra.

The report from the Cologne police gave graphic descriptions of 170 criminal acts documented on New Year's Eve, of which 117 were of a sexual nature.

A summary listed case after case of women surrounded by gangs of men who assaulted them.

One interior minister spoke of "serious failures" by the police, who were significantly outnumbered but never called for reinforcements.

He also criticised them for refusing to communicate in the days after New Year's Eve that the vast majority of the perpetrators were people with migration backgrounds, blaming this on misguided "political correctness".

The minister also warned against against a backlash against migrants. He said: "Those people that make a direct link between immigration and violence are playing into the hands of right-wing extremists".

A survey conducted by polling group Forsa for RTL television showed that 60% of respondents saw no reason to change their attitude towards foreigners after the assaults. About 37% said they viewed foreigners more critically.

A German police officer told a news conference that rocker and hooligan gangs had published an appeal on the Internet on Sunday to join them in "violence-free strolls" through Cologne, when in fact they were prowling for foreigners.

Among the victims were six Pakistanis, three Guinean citizens and two Syrians. Witnesses had also seen another man of African origin being attacked, but his identity was unclear because he had not contacted authorities, the policeman said.

No arrests have been made. Local police are beefing up their presence in downtown Cologne in the coming days to prevent further attacks on foreigners.

The Cologne police force has also set up a 100-strong team to investigate the New Year's Eve attacks.

They are working with prosecutors and criminal investigators who are looking at exchanges on social media in the run-up to the night.

Angela Merkel has repeatedly resisted pressure to introduce a cap on the number of migrants entering Germany, arguing that this could be enforced only by shutting German borders, a step that would doom Europe's Schengen free-travel zone.

She has talked tougher in recent months, vowing in December to "measurably reduce" arrivals and promising at the weekend to give authorities more powers to crack down on migrants who commit crimes, including deporting them.

But her opponents have been swift to blame her for the events in Cologne.

"Anyone who opens the borders wide must know that they are bringing Tahrir Square to Germany," leading AfD politician Dirk Driesang said, referring to the square in Cairo that was the scene of killings and sexual assaults in 2011. 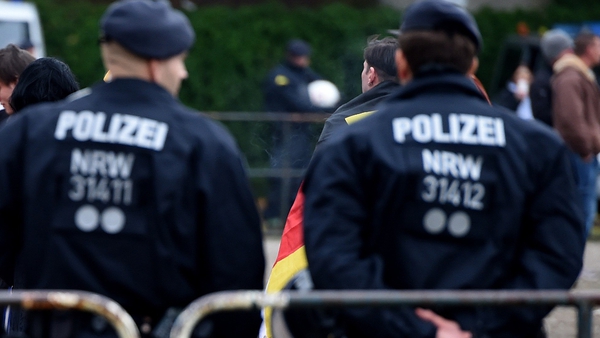 Crisis meeting after mass assault against women reported in Cologne