Cork Co Council said it plans to erect flood barriers on Fermoy Bridge again and the N72/R639 Road will be closed from 11am on Saturday.

Meanwhile, Kilkenny Co Council has issued a warning that areas in the county, including Graiguenamanagh and Freshford, are at risk of imminent flooding.

It is asking members of the public to stay away from the flooded areas including unprotected river banks and quays and to take measures to protect their property.

Evacuation warning notices have been issued to some homes in Clonmel, Co Tipperary.

Gerald Fleming of Met Éireann said that while the rain levels would not be excessive, the ground is already saturated after the wettest December on record.

Jim Casey from the Office of Public Works said water levels continued to increase along the Shannon and in the past 48 hours levels in the upper catchment had increased by 9cm.

In Athlone they had increased by 2cm, he said, leaving levels just 5cm off record levels from 2009. In Banagher levels increased by 10cm, while in Limerick they increased by 8cm.

Earlier, the group tasked with dealing with the fallout of severe weather has warned that rain in the South and South East will affect the catchments of the Munster Blackwater, the Suir, the Barrow, the Nore, and the Slaney.

Chair of the weather group John Barry said that up to 200 homes have been impacted by flooding since Storm Frank hit and 100 are at risk, or have been marooned or surrounded by flood water. 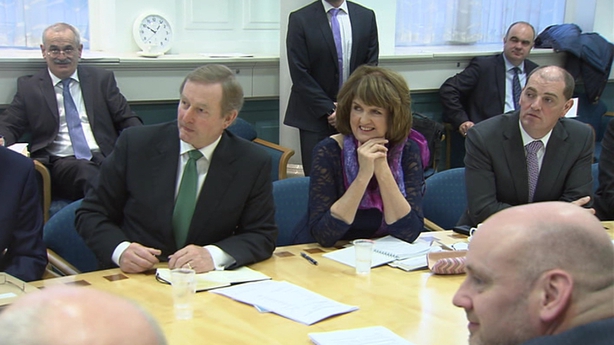 Taoiseach Enda Kenny instructed all relevant Government departments to bring memorandums to Cabinet on Tuesday on what further Government measures can be taken to address flooding, according to junior minister Simon Harris.

After attending a meeting with the Taoiseach, the Tánaiste and the National Emergency Coordination Group, Mr Harris, Minister of State with special responsibility for the Office of Public Works, said flooding would be the first item on the agenda at the Cabinet meeting.

Mr Harris said the Taoiseach had also called a meeting on Tuesday with all the agencies and Government departments with responsibility for the River Shannon.

In addition to the OPW's flood management plan, which will be in place by the summer, the Taoiseach wants to find out what interim measures need to be taken, Mr Harris said.

He said further rain was forecast and emergency services will continue to work with communities and he urged the public to heed weather warnings. 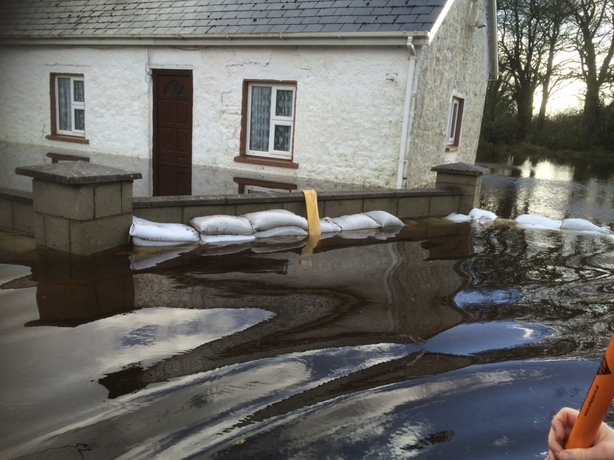 Meanwhile, the Army has deployed troops to several locations throughout the country to support local authorities and communities in their flood relief efforts.

Troops and vehicles have been deployed in Coek, Clare, Galway, Kilkenny, and Westmeath.

Cork Co Council has issued a boil water notice to residents in the Whitegate, Cloyne and Ballycotton areas of East Cork.

In Clonlara, Co Clare, local people say they are under severe pressure from flood waters.

17 houses in the area have been affected by flooding since 8 December and while water levels decreased for three days from Christmas Eve, they have risen again, forcing people to rely on the Army and boats to get in and out of their homes.

Residents now fear the announcement by the ESB that it is to increase the flow of water through the Parteen Weir today will make their situation much worse.

Earlier today the ESB said the spill rate at Parteen Weir will go to 470 cubic metres per second; the highest rate of water release reached since November 2009.