President Michael D. Higgins has said he will take a decision within the next 24 hours on whether to refer the International Protection Bill to the Supreme Court or sign it into law.

This follows his meeting with the Council of State at Áras an Uachtaráin earlier today.

President Higgins convened the meeting of the Council of State, in order to consider legislation passed by the Oireachtas aimed at streamlining the application process for asylum seekers.

After consulting with the council, the president must decide whether to sign the International Protection Bill into law or, if he believes it is "repugnant" to the Constitution, refer it to the Supreme Court.

The Council of State advises the president and is made up of the Taoiseach, the Tánaiste, the Ceann Comhairle of the Dáil, the Cathaoirleach of the Seanad, the Chief Justice of the Supreme Court, the President of the High Court and the Attorney General.

All surviving former taoisigh, presidents and chief justices are also members, along with seven of the president's own nominees.

It is only the second time that the president has convened such a meeting, under Article 26 of the Constitution; the previous occasion was the Protection of Life During Pregnancy Bill. 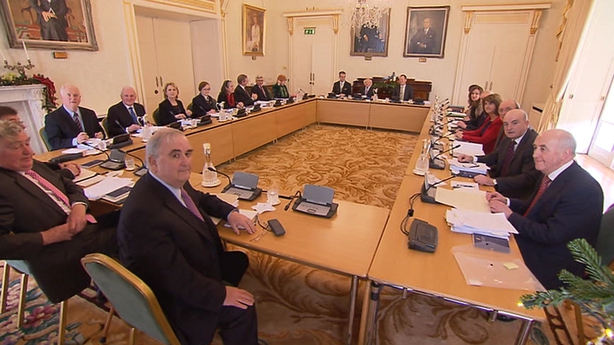 Publishing the International Protection Bill, Minister for Justice Frances Fitzgerald said the overhauling of the asylum application system would enable officers to efficiently grant protection to those who are entitled to it while also identifying, at a much earlier stage, people who have no entitlement to stay in the State.

The Council of State has been asked to consider whether aspects of the Bill are repugnant to the Constitution because, among other things, they narrow the definition of the "family" and the rights of children could be infringed.

While the Council of State can offer its advice on these questions - the decision as to whether to refer the Bill to the Supreme Court rests solely with the president.

The question put to the Council of State is:

Whether the International Protection Bill 2015 should be referred by the President to the Supreme Court for a decision on the question as to whether the Bill or any specified provision or provisions thereof are repugnant to the Constitution or to any provision thereof. In particular:

i. Whether section 56 and section 57 of the International Protection Bill 2015 should be referred by the President to the Supreme Court for a decision as to whether either Section or any specified provision thereof is repugnant to the Constitution or to any provision thereof.

ii. Whether the Bill or any of its provisions are repugnant to the Constitution in light of Article 42A (Children)

iii. Whether section 78 of the Bill is repugnant to the Constitution in light of Article 29.6. 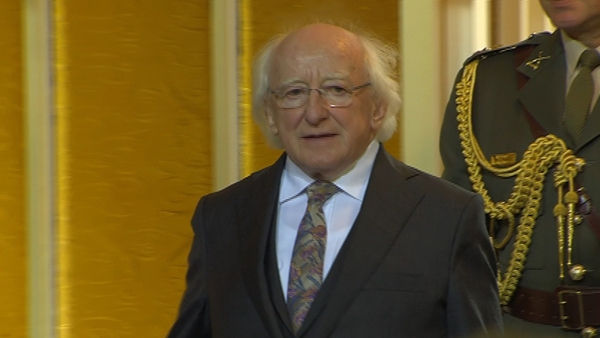