Survivors of mother and baby homes and other residential institutions have gathered in Dublin to call for a widening of the terms of reference of the Commission of Investigation into the homes.

They want the Commission to urgently recommend to the Government that it be empowered to examine the plight of all survivors of the forced separation of single mothers and their children since 1922.

They are also seeking an immediate State apology and redress for survivors.

The protest began at 12pm in central Dublin with a small gathering to remember and honour those buried in our mass infant graves and angel's plots.

The coalition of Mother and Baby Home Survivors delivered a letter addressed to Judge Yvonne Murphy, the Chairperson of the Commission of Investigation into the homes and certain related matters.

It calls on the Commission to use its powers to immediately call on the Government to widen its terms of reference.

It gives the example of two babies who lay side-by-side in cribs in a holding centre for babies in Dublin - one born in a mother and baby home, the other in Holles Street hospital.

It says both were alone and both went on to be adopted. However, the letter protests that one is excluded from the inquiry.

It added that the children are now an aging community of about 50,000, and urges the Commission to urgently broadcast advertisements to reach them. 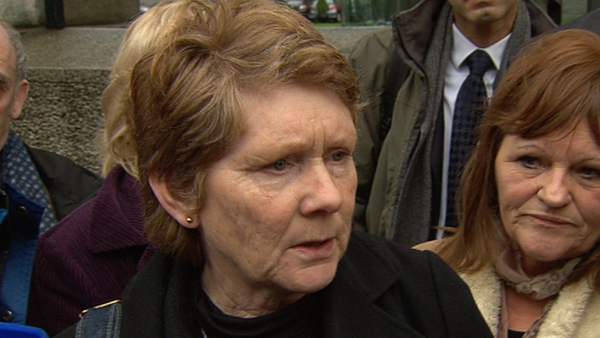