A man has been arrested following a 14-hour stand-off with gardaí in Tallaght, Dublin, during which a number of shots were fired.

The incident began at around 2.30am when a woman went to Tallaght Garda Station to report a domestic dispute.

Her partner - a man in his 40s - then armed himself with a firearm and barricaded himself alone into an apartment in Deerpark Square in Tallaght.

Neighbouring houses and apartments were evacuated as gardaí sealed off the area and specialist units including the Emergency Response Unit were called in.

Around 20 shots were fired and gardaí believe the shooting was indiscriminate - and not aimed at either them or anyone else. 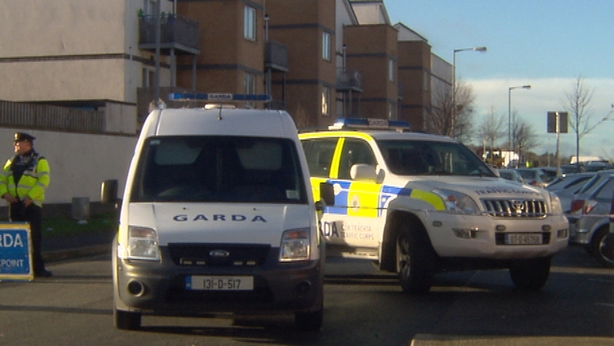 Trained negotiators were brought in and a line of communication was established with the man which this afternoon led to a peaceful resolution.

At around four o'clock this afternoon the man gave himself up to gardaí. A firearm was recovered at the scene and the man was arrested and taken to Tallaght Garda Station.