The mother of two boys who died following a murder-suicide has said she did not realise that her eldest son was so sick in the weeks leading up to their deaths.

Shane Michael Skeffington, 20, stabbed his nine-year-old brother Brandon before taking his own life in July 2014.

Carmel Skeffington said she and her husband first became aware that something was wrong with Shane Michael in May 2014 when he hit his father.

She said she knew her son had been smoking cannabis in the weeks before he assaulted his dad but had given it up.

Speaking on RTÉ's Today with Sean O'Rourke, Ms Skeffington said she feels that quitting cannabis triggered something in him.

She said they felt he needed extra help so they called gardaí and he was brought to a Garda station, assessed by a doctor and later brought to St Columba's hospital in Sligo.

She said her husband accompanied her son to the Garda station because they did not want him to be alone.

Ms Skeffington said Shane Michael stayed in a high dependency unit in the hospital for six days and they were told he was being treated for a psychotic episode.

She said she thought they were going to visit Shane Michael at the hospital but when they arrived he was discharged and they assumed the problem with his psychotic episode had passed.

She said her son had had to be restrained in hospital to take his medication and he refused to take medication when he came home.

Ms Skeffington said Shane Michael was very quiet when he came home, spent a lot of time in his room and was not as outgoing as he had been.

She thought that it was a good thing that he was spending so much time at home.

On the day the boys died, Ms Skeffington said she went shopping with her husband and after she came home went upstairs to see what the boys wanted to eat.

She found Brandon on the landing and called paramedics. Her husband later found Shane Michael outside the house.

She said from the moment Brandon was born, Shane Michael had loved and spoiled him.

She said they are doing their best to keep the memories of the boys alive but it is very hard.

The family's solicitor said they had done everything right by contacting gardai and having their son referred to Sligo mental health services, but it did not work out for them.

Ciaran Tansey said the partial discharge of Shane Michael required him to take medication and attend meetings with a nurse.

However, he said those conditions were breached virtually from the off because he never took the medication and in fact had had to be forced to take the drugs in the hospital.

Shane Michael had also told hospital staff that he would not take the medication.

Mr Tansey said when a patient goes from such an extreme treatment in hospital to a release to the home there should be follow-ups with medically trained staff.

He said that the Health Service Executive tried its best but there should be better systems in place to help patients and their families in these circumstances. 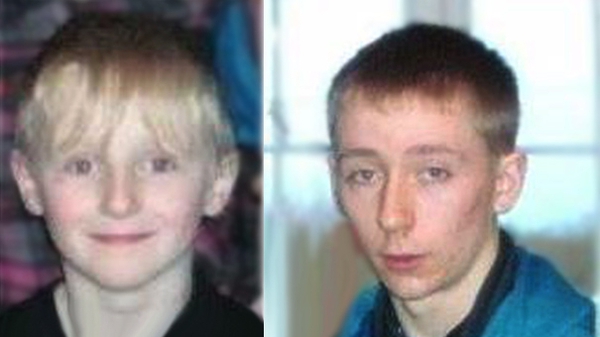