No further action is to be taken in Britain’s long-running phone hacking investigations, the Crown Prosecution Service has announced.

There is "insufficient evidence to provide a realistic prospect of a conviction" in relation to corporate liability at News Group Newspapers and against ten individuals at Mirror Group Newspapers, Director of Public Prosecutions Alison Saunders said this morning.

It signals the end of the CPS's involvement in the protracted and controversial Operations Weeting and Golding.

Ms Saunders added: "There has been considerable public concern about phone hacking and invasion of privacy.

"Over the past three years, we have brought 12 prosecutions and secured nine convictions for these serious offences.

"These decisions bring the CPS's involvement in current investigations into phone hacking to a close."

Operation Weeting was launched in January 2011 following allegations of hacking at the News of the World.

A file was passed to prosecutors by Scotland Yard in July after an investigation into corporate liability at News Group Newspapers (NGN), which published the defunct tabloid.

In a lengthy statement issued on Friday, the CPS said potential charges for phone hacking and perverting the course of justice were considered.

It said: "After thorough analysis of the evidence, it has been decided that no further action will be taken for either charge."

The statement said the law on corporate liability in the UK "makes it difficult to prove that a company is criminally liable if it benefits from the criminal activity of an employee, conducted during their employment".

It went on: "The company will only be liable if it can be proved that the individual involved is sufficiently senior, usually close to or at board level, to be the 'controlling mind and will' of the company.

"The present state of the law means it is especially difficult to establish criminal liability against companies with complex or diffuse management structures.

"In this case, as in any corporate liability case, we have looked closely at the overall structure of the company involved, and the level of management and decision-making powers of those involved, in order to come to a decision."

In relation to the offence of interception of communications, the CPS said that although former NotW editor Andy Coulson was convicted of phone hacking offences, he "cannot be said to have been a 'controlling mind' " at NGN.

"He was not a director or senior officer," the statement said. "He was editor of the News of the World newspaper which was under the overall direction and control of NGN.

"Responsibility for what went into the newspaper rested with him as its editor but while he had control of the newspaper, within restrictions, he was not a controlling mind of the company.

"Accordingly, we are satisfied that corporate criminal liability cannot be attributed to the company through the actions of Andy Coulson as he cannot be considered to have been the 'controlling mind and will' of NGN."

There is no evidence to suggest that any any member of the Board of NGN had knowledge of phone hacking when it was taking place, the CPS said.

It added: "Knowledge gleaned after the fact is not sufficient.

"An individual was paid significant sums of money over many years by NGN for phone hacking, but there is no evidence that anyone on the Board knew that the money paid was because phone hacking was taking place.

"Therefore, there is no senior officer of the company through whom corporate criminal liability could be established."

Allegations of perverting the course of justice were considered in relation to the company's actions from April 2006, when the first arrests for phone hacking were made, until April 2011, when it admitted liability in civil proceedings.

The CPS said: "We have reviewed the evidence in relation to the News of the World employees' conduct during the original police phone hacking investigation and concluded that there is nothing that these employees could have done which would have altered or affected the resulting prosecution.

"Therefore the company cannot be said to have perverted the course of justice."

The fact that the group decided to settle rather than resist civil proceedings "cannot be considered to be actions which could pervert the course of justice", the CPS said.

The statement added: "In this case, there is no evidence to suggest that email deletion was undertaken in order to pervert the course of justice."

Files relating to ten journalists were considered under Operation Golding, an investigation into allegations of phone hacking at Mirror Group Newspapers, but it was determined there was insufficient evidence against any individual suspect to provide a realistic prospect of conviction.

The CPS said a number of strands of evidence were considered including scrutiny of "suspicious call data" which was said to show a "regular pattern of two calls being placed to the same number [double tapping] and also a large number of calls placed to voicemail platform numbers".

It added: "However, it is not possible to prove the fact that the 'double taps' and calls to voicemail platform numbers are definitely instances of phone hacking.

"In addition, it was common practice at Mirror Group Newspapers for journalists to use one another's telephones, and so it is not possible to determine which individuals were responsible for making specific calls.

"Whilst the call data was deemed suspicious it could not be said with certainty that it showed instances of phone hacking by any specific individual and was ultimately found to be insufficient to bring a prosecution."

Statements from two potential witnesses, both former employees of the Sunday Mirror, were considered.

However, the statement said that "following thorough scrutiny of the allegations we decided we were unable to put either forward as a prosecution witness". 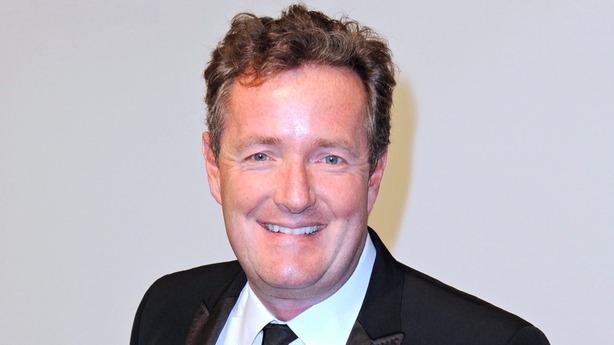 Writing on Twitter, former Daily Mirror editor Piers Morgan, who was interviewed under caution twice, said: "I've today been informed by CPS that no further action will be taken against me re Met Police phone hacking investigation.

"As I've said since the investigation began four years ago, I've never hacked a phone and nor have I ever told anybody to hack a phone.

"Thanks to all my family & friends, and kind people on here, for all their support. It was greatly appreciated."