The High Court has approved a final settlement of €9 million for a 14-year-old girl who suffered a brain injury at birth.

It brings the total award to €11.6m made by the Health Service Executive to Roisin Conroy after an interim settlement of €2.6m was made two years ago when the HSE apologised to the family.

Roisin, from Dysart in Portlaoise has cerebral palsy as a result of her birth at the Midlands Regional Hospital in Portlaoise in 2001.

Through her mother, Mary Conroy, she sued the HSE and consultant John P Corristine over the mismanagement of her birth, which led to the injury.

The court was told that Mary Conroy had arrived at the Midlands Regional Hospital four days before the birth believing her waters had broken.

She was reassured and sent home but a scan later showed a drop in amniotic fluid. 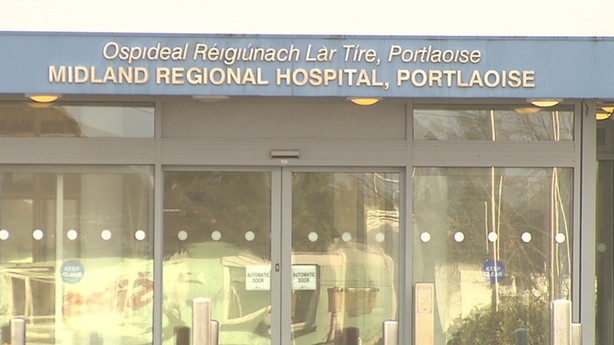 The court was told that her consultant did not attend the birth and there was no paediatric team available until five minutes after delivery.

She suffered a lack of oxygen at birth and has cerebral palsy.

Roisin is completely dependent on others for all her needs and needs constant care 24 hours a day.

Speaking after today’s judgement, her father Kevin Conroy said it was the last place the family wanted to be but they must now move on.

He said it was a very large settlement but only reflects the catastrophic injuries inflicted on his daughter and the complex needs she must now endure for the rest of her life.

"As in other cases there has never been and probably will never be any accountability for what happened to Roisin," he said.

"This delayed us for almost a decade in getting the help and therapy that Roisin vitally needed."

He also said he believed the medical profession could not be relied upon to police itself and repeated calls he made two years ago for the introduction of a legal duty of candour for doctors.

“We are all aware of the many tragic cases which occurred at Portlaoise hospital after Roisin's birth.”

At a previous hearing two years ago, lawyers for the HSE told the court it expressed sincere apologies for the injuries caused, saying: "Neither this apology nor the financial compensation granted by the court can negate the continuing heartache that the Conroy family must feel every day."

The lawyers said the HSE appreciated that "this continues to be a very difficult time" for the family.

In a statement, the Dublin Midlands Regional Hospital Group, on behalf of the MRHP which now forms part of the Group, said: "The HSE acknowledged, as part of the legal settlement of this case in November 2013, that there were significant failings in the care of Roisin Conroy and apologised for these failings, and for the suffering and distress which they continue to cause to Roisin and her family.

It said:"The HSE fully appreciated that neither this apology nor the financial compensation granted by the Court can negate the suffering and distress experienced by Roisin and her family.

"The Dublin Midlands Hospital Group wish to emphasise lessons have been learned and changes have been undertaken at the hospital which seek to improve patient care."