European capitals reinforced security checks and governments held emergency cabinet meetings a day after the series of coordinated attacks in Paris in which 129 people were killed.

Security measures were stepped up outside French official buildings in various capitals including Vienna, where an international meeting on the conflict in Syria was taking place.

Governments also called for heightened vigilance from the general public.

Britain's Foreign Office updated its travel advice for France urging its citizens to "exercise caution in public places" while Belgium said its nationals should avoid unnecessary travel south of the border altogether.

Similar meetings were being held by governments across Europe, including in Austria, Germany, Italy and Spain.

The so-called Islamic State group claimed the series of coordinated attacks by suicide bombers and gunmen in Paris at a concert hall, restaurants and the national sports stadium.

- Britain: London's Metropolitan Police assistant commissioner Mark Rowley said: "We are strengthening our policing stance across the country at the moment".

The French embassy in London said on Twitter that it was "in close contact with British authorities to ensure the security of the French community," which is estimated to number around 300,000 people.

- Russia: The National Anti-Terrorism Committee said in a statement carried by Russian news agencies that the country's security had been put on high alert.

"In light of the new threats, all components of the security system have put been put on high alert," it said, urging "high responsibility and vigilance in the face of new challenges" from the public.

- Germany: German Chancellor Angela Merkel said she would chair an emergency meeting to discuss "the situation in France and all related questions".

- Belgium: The Belgian authorities boosted checks at the French border and called for greater vigilance at major events over the weekend but said it was not necessary to increase the alert level.

- Italy: Italian Prime Minister Matteo Renzi announced reinforced security across the country and was to hold a meeting at the interior ministry.

- Poland: Poland said it was increasing checks on departures and arrivals of flights to and from "potentially at-risk destinations".

- Spain: Spanish Prime Minister Mariano Rajoy cancelled a political meeting in Barcelona, five weeks ahead of parliamentary elections, and was due to chair a national security council meeting.

- Austria: The French lycee in Vienna, where exams were due to be held on Saturday, was closed and city officials cancelled a popular Christmas market.

- Switzerland: Police in Switzerland said security was being stepped up outside French diplomatic buildings and at the border with France. 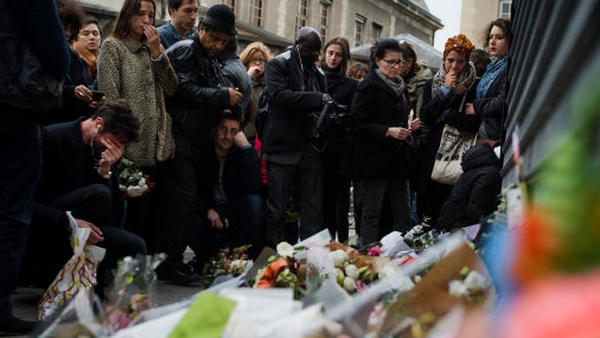