A 54-year-old man is seriously injured after being shot a number of times in Cabra in Dublin.

The incident happened at Killala Road at about 7.30pm this evening when the man, who is known to gardaí, was walking his dog.

He has been taken to the Mater Hospital for treatment and is in a serious condition.

The scene has been preserved for a technical examination. 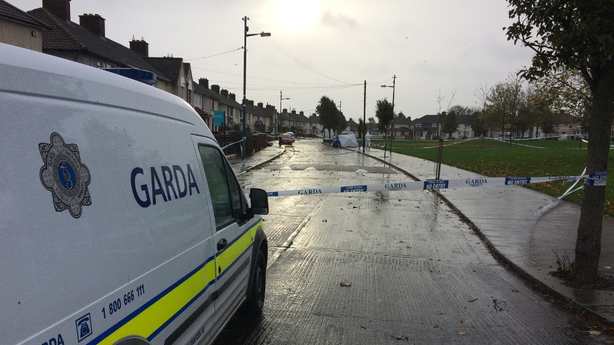 Gardaí are treating the incident as attempted murder and are appealing for anyone with any information to contact them at Finglas on 01-6667500, on the Garda Confidential line on 1800-666111 or at any garda station.

The victim is well known to gardaí as a gunman and a drug dealer, and also with links to subversive organisations.

He has a number of previous convictions, the most recent in April of 2011 when he was given a ten year sentence with five suspended after he was caught, with others, with 8kg of cocaine - over €500,000 worth.

The judge described him as 'the bottom of the pile' as an aider and abettor of the drug trafficking organisation. In 1983 he had been sentenced to 12 years at the Special Criminal Court for armed robbery and shooting with attempt to murder.