Over 300 new jobs will be created in Dublin over the next three years by six North American fast growing technology companies.

The announcement of 320 new posts was made by Taoiseach Enda Kenny and Minister for Jobs Richard Bruton at an IDA event in Dublin this evening, timed to coincide with Web Summit.

The roles are in a wide range of areas, including software development and engineering, business development and sales, finance and operations and multilingual customer support.

The largest number of roles will be in all-in-one website publishing platform, Squarespace, which is to create 160 jobs over three years at its Europe Middle East and Africa headquarters in the city. 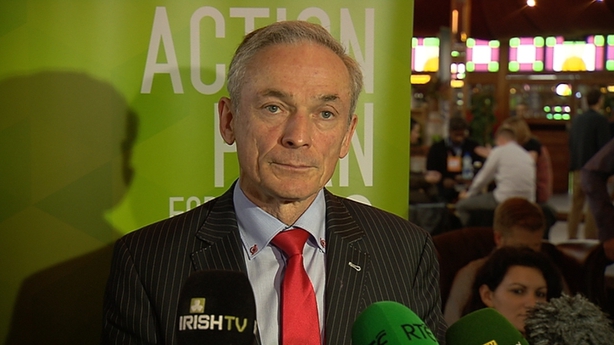 Squarespace set up in Ireland two years ago and currently employs 115 people.

Meanwhile, Texas-based Amazing.com is to create 50 positions in Dublin over the next three years.

The company provides online courses to help entrepreneurs grow their businesses, with learning based around the concept of gamification.

It is setting up a support and technology development centre to assist its clients around the world, with roles in areas like software engineering and customer service.

San Francisco-based Asana, which makes an app to help teams track their work, is to generate 30 jobs at a Dublin operations centre over the next two years.

Stock video firm, Pond5, will create 30 positions in software development in the next three years.

Also 30 jobs are to be created over three years at the new international headquarters of Wave2Wave which builds network connectivity products for data centres.

The jobs will be in the area of sales and marketing, finance and operations and R&D.

Furthermore, 20 positions are being created by Primary Integration, which is a facilities and data centre commissioning and operational risk management consulting company.

The roles will be filled by the end of next year in areas like project management and commissioning engineering.

The investments are being supported by the Department of Jobs, Enterprise and Innovation through IDA Ireland.

Speaking to RTÉ, Minister Bruton said: "These are emerging companies that IDA has identified as part of its strategy which has been running now since 2010.

"These are often high-growth companies who overtime, will become really significant players."