A journalist who worked on a Guardian newspaper report about abuse of migrant workers has said that it has been an "open secret" that there were problems for migrant workers in the Irish fishing industry.

Ella McSweeney said that problems for migrant fishermen were industry-wide, but that there were also good Irish trawler owners.

She said a team of journalists working for the Guardian uncovered a range of abuses suffered by workers, including low pay, no pay, withheld pay, workers being forced to work long hours, suffering extreme sleep deprivation and a lack of Irish mandatory basic training.

Speaking on RTÉ’s Morning Ireland, Ms McSweeney said that many workers arrived in London’s Heathrow Airport and came into the Republic of Ireland via Belfast.

She said that it was clear that the responsibilities are spread across too many departments in Ireland and that while there are good laws they are not being enforced.

"The courts are being too lenient with the kind of breaches that are going on. As recently as a couple of months ago there were breaches of safety and legislation where an Egyptian fisherman was taken out to sea by a boat owner without any basic training."

Gráinne O'Toole, Workplace Rights Co-ordinator at the Migrants Rights Centre Ireland, has said that she is not surprised at the Guardian investigation.

Ms O'Toole said there was a gross exploitation of workers in a number of areas in the industry.

She said she had heard of a number of cases of human trafficking and undocumented fishermen who were being exploited.

However, Ms O'Toole said the fear was that there would be a crackdown in the industry and ultimately it would be the fishermen who would suffer.

She said there had been no concerted efforts over the last few years to address the issue.

Ms O'Toole said there was a lack of a proper identification system for trafficked people.

The laws were in place, she said, but they were not being implemented.

Meanwhile, Minister for Agriculture, Food and the Marine Simon Coveney has rejected suggestions that the Government has been "turning a blind eye" to reports of people-trafficking and exploitation of African and Asian workers on some Irish trawlers.

Ken Fleming, of the International Transport Workers Federation, said the industry had not had any work permits issued since 2005, and his organisation maintained that there was up to 8,000 migrant workers involved in the industry, most of them illegally.

Mr Fleming said that every vessel that he came across without an Irish skipper, would have a crew with 60% of migrant workers with the majority of them undocumented.

He claimed that the Government was complicit in the abuse and that there was no real input from Garda Immigration to the problem.

Mr Coveney denied this, saying that a specific Garda unit had been established to investigate allegations of human trafficking in the fishing industry, while separate units in the Department of Foreign Affairs, the Health Service Executive and the Legal Aid Board were dealing with human trafficking more generally.

He appealed to anyone with evidence substantiating the allegations to tell gardaí immediately.

Minister for Jobs, Enterprise and Innovation Richard Bruton said that Mr Coveney is to set up a working group to look at the conditions of some workers in the fishing Industry.

Speaking on RTÉ's News at One, Mr Bruton also said the Government cannot give contract workers, working in the fishing industry, work permits.

He said the Government provide permits for areas of employment where there is a proven skilled shortage, where an employer has proven they cannot recruit people within Europe.

Mr Bruton said: "Unfortunately work permits aren't appropriate to the majority of workers involved here. These seem to be involved in a cache share arrangement, so they are contracters - they are not workers that we would give permits to.

"We give permits to areas where there is a proven skilled shortage, where the employer has proven that he can't recruit people within Europe."

Speaking on the same programme, Sinn Féin Fisheries spokesman Martin Ferris said a thorough investigation is needed in relation to reports of exploitation of non-EU migrant workers as reported by the Guardian.

Mr Ferris said if people "are being trafficked and that appears to be the case, that needs to be dealt with and dealt with stringently".

CEO of the Irish South/East Fish Producers Organisation Hugo Boyle said he was not aware of any abuse of foreign workers in the fishing industry.

He said he did not support or condone any abuse of workers but he believed the story was being blown out of proportion.

He added there was a difference between an illegal worker and one who is being exploited. 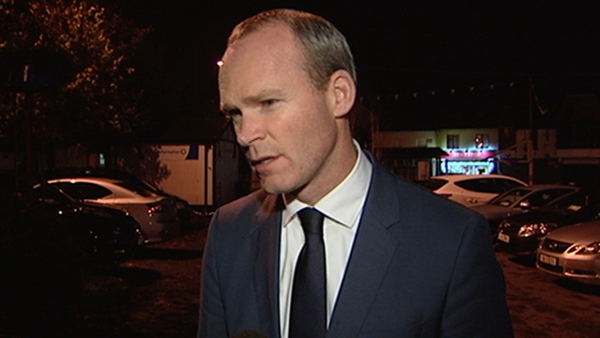