A newly-wed couple from Northern Ireland have drowned off the coast of South Africa in a honeymoon tragedy.

John Rodgers, 28, and his wife Lynette, 26, died yesterday after getting into trouble in rough seas in Plettenberg Bay - just six days after they wed.

Friends of the young couple, from Holywood, said they were "shocked" at the "absolute tragedy".

North Down DUP MLA Gordon Dunne, who knows the family, said: "I am very shocked and saddened by the tragic news of the death of this young couple on their honeymoon in South Africa.

"This is an absolute tragedy and my heartfelt sympathy goes out to the family of both the young man and young lady who have sadly passed away. 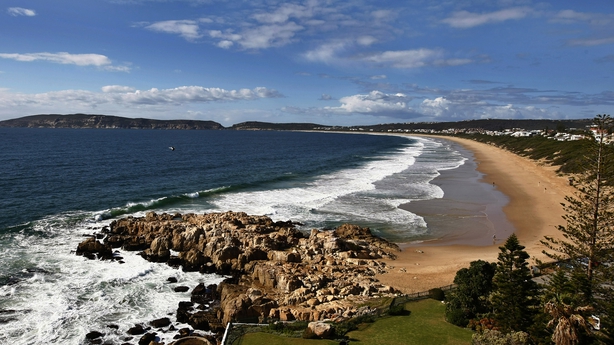 “For a tragedy like this to happen days after their wedding during their honeymoon is beyond words.

"There is widespread shock and a real sense of numbness within the local community in Holywood at this time, particularly as the young lady was born in Holywood, attended the local schools in the area, and was from a very well respected family.

"My heart goes out to the grieving families and I trust and pray that the family may know God's help at this tragic time."

The body of Mr Rodgers was discovered in shallow surf on Robberg Beach by a local man at around 6pm yesterday, South Africa's National Sea Rescue Institute (NSRI) said.

His wife's body was found around 200 metres away along the same beach, the Institute said.

Doctors performed CPR on the couple but they were pronounced dead.

The institute said: "It is suspected that they drowned. Sea conditions were rough with strong rip-currents in the vicinity.

"Police have opened an inquest docket and although no foul play is suspected, the deaths are being investigated."

The couple tied the knot in front of family and friends at the First Presbyterian Church, Holywood, last Saturday.

A Foreign Office spokeswoman said: "We can confirm the deaths of two British nationals in South Africa on Friday October 23.

"We are providing assistance to both families at this extremely difficult time."