The Department of Social Protection has said nearly 750,000 people had applied for the water conservation grant by tonight in advance of tomorrow's deadline.

The department is urging people to apply for the Government's €100 water conservation grant before the deadline.

Over 1.3 million householders are eligible to apply, as they have registered with Irish Water.

In order to cope with extra demand from callers the Department of Social Protection is providing an additional phone line for people to contact it with enquiries regarding their applications for the grant.

Meanwhile, Irish Water has said that it is planning to cut 1,200 people from its workforce over the next six years.

The company expects that a voluntary redundancy scheme will be required at some point to achieve its target.

It is under constant pressure to reduce costs.

This morning in a presentation to stakeholders Irish Water says that one third of those savings will come from reducing staff numbers.

Up to this point, the reductions have been achieved without redundancies - through natural attrition and not filling roles that have become vacant.

Irish Water says it will continue this approach but that a voluntary redundancy scheme will also be needed to reduce the numbers.

Speaking on RTÉ’s Morning Ireland, Michael McNicholas said that Irish Water will be investing €5.5bn in order to improve wastewater infrastructure, eliminate all boil water notices, eliminate discharge of raw sewage into bathing water, reduce the level of leakage by 10% and significantly improve the drinking and waste water capacity across the country.

He added that it will also restructure its service delivery model and reduce staff levels.

"We're going to do that, first of all by moving from 31 local authorities down to a single national utility which creates economies of scale.

"It allows us to retrain and re-skill people and it allows us to move to the kind of level that a modern utility will have in terms of staffing."

Mr McNicholas also said that nearly 54% of people are projected to pay the second Irish Water bill - an increase of 10% on the first billing cycle.

Sinn Féin's finance spokesperson has said it would be better if Irish Water concentrated on fixing leaks rather than cutting staffing levels.

He said: "The best way to drive efficiencies is to deal with the treated water that is being lost through the system day in, day out.

"We know the type of money that is being spent by Irish Water putting pipes into the ground which is minimal compared to the costs of putting water meters outside people's homes or indeed in consultancies or other costs associated with Irish Water.

"The priorities of Irish Water are all wrong."

He added that the plan outlined by Irish Water today is not permissible under law at this time. 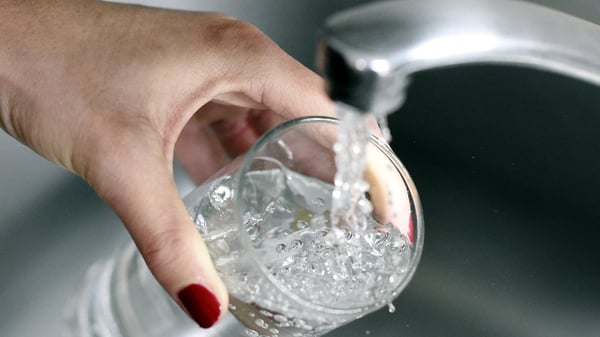