In a wide-ranging interview Vitor Constancio, who deputises for ECB president Mario Draghi on the ECB's executive board, addressed one of the factors slowing the region's economy, namely an ageing society and shrinking workforce that is set to reduce further in the coming decades.

"This is a very acute problem because for years Europe has been doing a sort of collective demographic suicide," said the former politician from Portugal, one of the countries worst hit by the downturn.

"To change the demographic trends, promoting birth is not enough. It also has to be done through immigration. If not, we're creating a great difficulty to growth and to the welfare of future generations," said Mr Constancio.

He warned that Europe's economic growth potential was weak, due to factors including a shrinking labour market. Monetary policy is powerless in this respect.

Unemployment across the 19-country euro bloc remains high but there are large differences between countries such as Greece or Spain, which are still struggling after the debt crisis, and stronger states including Germany.

Former US President Jimmy Carter has called on Germany to take the lead in solving the European migrant crisis, a situation he compared to the flow of Vietnamese and Cambodian refugees to the United States during his presidency.

Mr Carter, speaking at his annual "Conversation with the Carters" event at the Carter Center in Atlanta, recalled that the US accepted some 12,000 southeast Asian refugees a month in the late 1970s following the Vietnam War, hoping to set an example for other countries.

"I'm hoping there will be a similar reaction maybe with Germany leading," Mr Carter, who served as president from 1977 to 1981, said of the response to the thousands of refugees who have fled war-torn Syria and are arriving in Europe.

The former president said the ultimate solution to the migrant crisis was to revolve the war in Syria, and urged the US to work more closely with Russia and Iran to end the war.

German government representatives, experts, as well as heads of refugee relief agencies have held a discussion in Berlin with local residents to brief them about the progress in taking in refugees, challenges and solutions.

Faced with a swell in migrant numbers, most of Berlin residents lent a helping hand to the refugees, donating money and supplies.

Service teams were organised by volunteers to help with refugees in the temporary settlements. 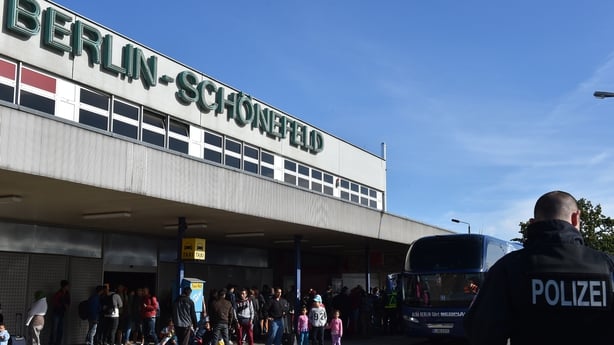 However, discussions about solutions are ongoing in Germany. How to continue to implement humanitarian aid and safeguard interests of German people at the same time, is the problem that Germans hope the government would solve.

Helping the refugees learn German, learn a skill and integrate into German society will be a long-term job for Berlin.

Chaired by Minister for Justice Frances Fitzgerald, the taskforce has brought together all of the Government Departments and agencies, including the local authorities, the UNHCR and the Irish Red Cross, to drive all of actions to implement the Programme.

The taskforce was advised that the first arrivals under the Irish Refugee Protection Programme are expected within weeks.

There was discussion on the roles and responsibilities of each organisation, with all expressing their willingness to engage fully it what needs to be done to implement the Government decision to establish the programme.

It was agreed that a number of key strands will be prioritised, including:

Work on providing accommodation for people granted refugees status will be led by the Department of the Environment and the city and county managers;

The Irish Red Cross will take the lead role in assessing and co-ordinating offers of public support and assistance, including accommodation.

The Red Cross will be communicating with people who have offered support in the coming days and has commenced the profiling of offers of support and accommodation;

The Department of Foreign Affairs and Trade will have a key role in engaging with the NGO community;

The Department of Justice and Equality and the Office of the Refugee Applications Commissioner will take the lead in the process of relocating persons to Ireland, the refugee assessment process and the establishment of Emergency Relocations and Orientation Centres;

Other Departments and agencies such as Health, Education, Social Protection, HSE and Tusla will implement the measures required to provide health, educational, welfare and other such services and supports.

An extensive programme of actions was identified and agreed which is now being taken forward.

Ms Fitzgerald will brief the Government on the meeting and the taskforce will meet again shortly to review progress.

John Roche, head of National and International Services for the Irish Red Cross, has said the situation is manageable due to the number of people Ireland will be accepting and the fact that their arrival will be staggered over a period of time.

Speaking to RTÉ News, he said all of the organisations involved will be working to get people settled into longer permanent, self contained accommodation which will be co-ordinated with local county councils.