Children at the country's largest special care unit had to urinate on the floor of their locked room because they were not allowed out to go to the bathroom, a report by HIQA has found.

Up to ten children between the ages of 11 and 17 can be cared for at the Ballydowd Special Care Unit in Lucan, Co Dublin.

They are detained there on foot of a High Court order on the basis that they pose a serious risk to themselves or others.

Following complaints about the practice of separating a child and locking them in a room, HIQA inspected the facility in July.

The idea of single separation is to isolate a disruptive young person to allow them to regain self-control.

The report, published today, found that some children were kept in isolation for unnecessarily long periods, occasionally without access to toilets. 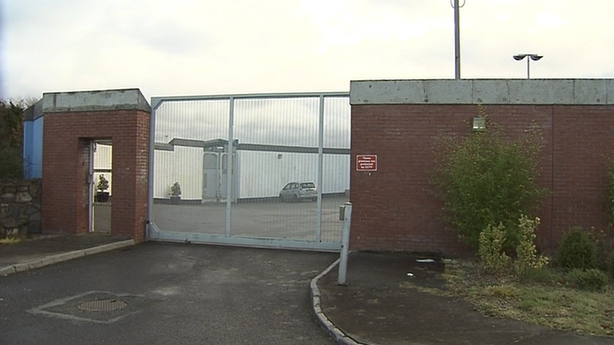 As a result two children urinated on the floor of the safe room they were in, because they were not allowed out to go to the toilet.

The inspectors found that over the previous three months, three children had been put into single separation without a mattress or blankets to sleep on overnight.

The only safe room available on the day the inspectors visited was not safe to use because the door was damaged, which could have allowed for self-injurious behaviour.

While many of the incidents of single separation were for under three hours, six lasted over 24 hours.

There was a focus on justifying the use of the measure instead of challenging staff as to why they should be continued.

The report found that the rationale for continuing separation of the children was not always based on risk and that staff had not received training on the practice.

In response Tusla - the Child and Family Agency - said that it is in the process of developing a specially designed single-occupancy facility at Ballydowd that will be better equipped to deal with extremely challenging behaviour and which will, in turn, reduce the need for single separation.

Tusla Chief Operating Officer Fred McBride told RTÉ’s Drivetime, however, that staff at the facility have to balance the rights and dignity of the young person with their safety.

He said that single separation rooms are used as a last resort and only on the basis of a risk assessment that a young person may harm themselves.

Mr McBride said that all single rooms have toilets and the toilet referenced in the report was temporarily out of use, describing it as an exceptional circumstance.

The Chief Executive of the Children's Rights Alliance has described the prolonged use of single separation at the unit as "very disturbing".

Speaking on RTÉ's News at One, Tanya Ward said depriving a child of human contact can be "very detrimental" to their development.

She said: "You can't leave a child without a mattress and a blanket overnight. You couldn't do that in a prison in Ireland, nor can you do it in a special care unit.

"One of the interesting things in the report, HIQA documents a situation where the child's behaviour actually deteriorated the longer they were kept in the single separation unit so there's an obligation on the Child and Family Agency and the special care unit to come up with some alternatives."