The case of Anna Kern, the asylum seeker from Ukraine who got 575 points in her Leaving Cert, will fall outside the scheme on access to third level education being published next week by the Department of Education.

The 19-year-old was in school in Ireland for two years; the scheme is for students who spent five years or more in the Irish school system.

A spokesperson for the Department of Education said that Minister for Education Jan O'Sullivan has "made clear" that no public funds will be used to facilitate the teenager's studies.

The minister has met with Ms Kern, and spoke with her again by telephone in the past 24 hours.

However, the spokesperson refused to comment on reports that Ms O'Sullivan told her to accept an offer of a place from the Royal College of Surgeons.

Earlier the Department of Education said that while the details of the scheme are currently being finalised, the minister is to bring in a scheme that is "closely aligned" to a recommendation on this issue.

The recommendation is contained in the Working Group report on the Protection Process chaired by Judge Bryan McMahon and published in June.

The report recommended: "The extension of student supports for third-level and post Leaving Certificate courses to persons who are protection applicants or are at the leave to remain stage, have been in the Irish school system for five years or more, and satisfy the relevant academic and other eligibility criteria."

The department said the scheme will be introduced for the 2015/16 academic year.

In April, Minister O'Sullivan told the TUI National Conference that she was "determined" that the system, whereby child asylum seekers had to pay full international fees to access third level, "will change from September 2015 for students who have spent five years or more in the Irish education system".

She said she believed "that such students should no longer have to pay any more to access third-level, than their Irish friends do, and that they should be have appropriate access to student supports" and she hoped the Working Group would agree.

When the department was contacted about this matter in July following the publication of the Working Group report, the matter was said to be "under consideration".

Ahead of the publication of the Leaving Cert results this week, the department said: "Details of the scheme were still being worked out."

According to a department spokesperson, one issue to be finalised relates to courses that contain a work placement element, as current legislation precludes applicants in or having come through the protection system, from undertaking employment.

The spokesperson said the new pilot scheme would need to be cognisant of current legal restrictions in this area.

It is expected that the scheme will be published next week and that the student grant system SUSI can accept applications approximately ten days after that.

Qualifying students currently enrolled on approved courses can apply for support for the academic year 2015/16.

The number of children in the system outside of Direct Provision who might have similar aspirations is not known.

Asylum seekers to be exempt from prescription charges

Following examination by the Department of Health and the Health Service Executive, asylum seekers living in direct provision are to be exempted from prescription charges.

The Department is currently making legislative changes so this change can be implemented at the earliest possible opportunity. 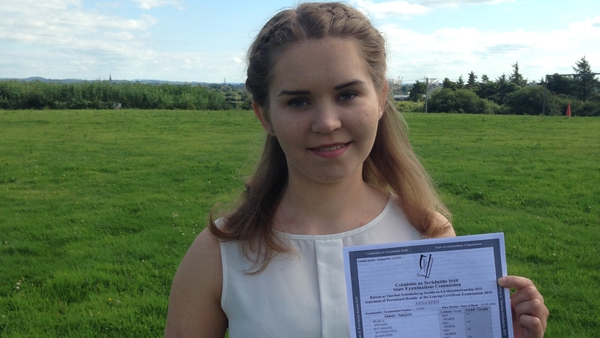