A re-enactment of the oration by Pádraig Pearse at the funeral of Fenian leader O'Donovan Rossa has been delivered at the centenary event in Glasnevin Cemetery in Dublin.

President Michael D Higgins led the official State commemoration, which is the first event of the national 2016 commemorative programme.

It marked 100 years since the funeral of Jeremiah O'Donovan Rossa in 1915, which was one of the largest of its kind in Ireland.

President Higgins laid a wreath on behalf of the Irish people and and the famous oration, which Pearse gave at the graveside 100 years ago, was delivered by Jim Roche. 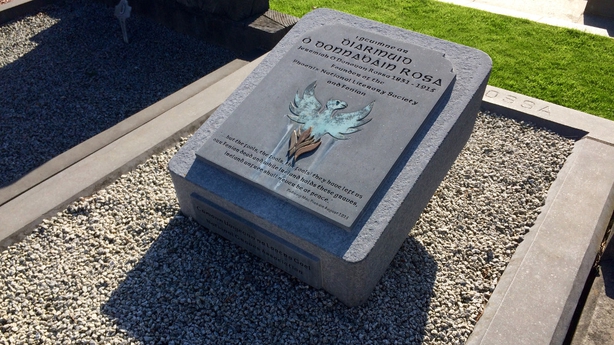 O'Donovan Rossa's funeral is generally regarded as having had a direct link to the 1916 Rising.

Taoiseach Enda Kenny, Minister for Arts Heritage and the Gaeltacht Heather Humphreys and members of the diplomatic corps attended as did members of the extended O'Donovan Rossa family.

1,500 members of the public who applied for tickets were also at the event, which was shown on large screens outside the cemetery. 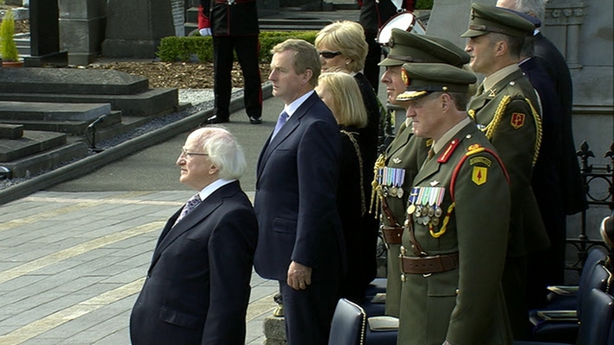 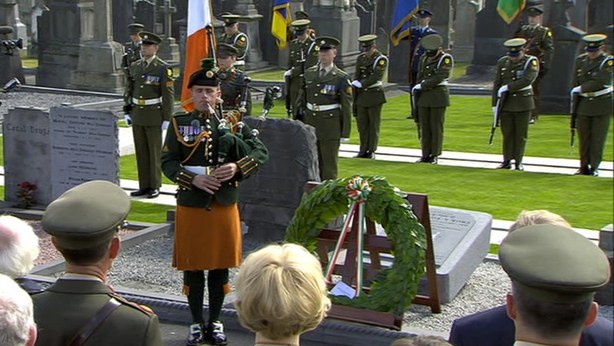 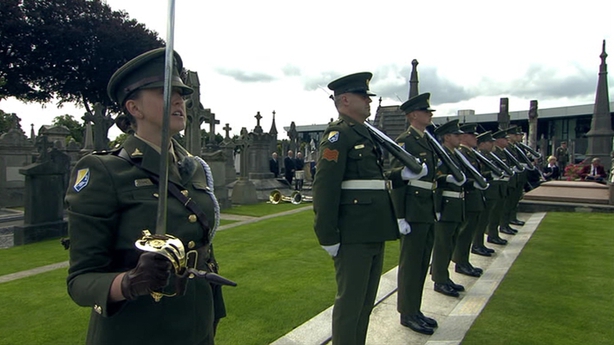 Separately, a full scale re-enactment of the funeral was staged by Sinn Féin this afternoon.

It included a procession, with the historical cortege along the original route from City Hall to Glasnevin Cemetery.

Hundreds of people took part in the re-enactment, which began with actor Allan Keating delivering the oration given by Rev M Flanagan as O'Donovan Rossa's remains lay in state in 1915.

The coffin was then carried to a horse drawn carriage to be brought to the cemetery.

The event was attended by the Fenian leader's great-grandsons Williams and Rossa Cole as well as Dublin Lord Mayor Críona Ní Dhálaigh.