Two men in their 40s have been arrested after 800 cannabis plants and 30kgs of cannabis herb, with an estimated street value value of €1.2m, were seized following searches in Co Donegal.

Gardaí from Ballyshannon and Bundoran, assisted by the Regional Support Unit, carried out the searches of lands and a premises at Carrickboy, Ballyshannon, yesterday at around 4pm where they discovered a large cannabis cultivation operation.

The two men, aged 40 and 41, were arrested at scene and are currently being held detained at Ballyshannon Garda Station. 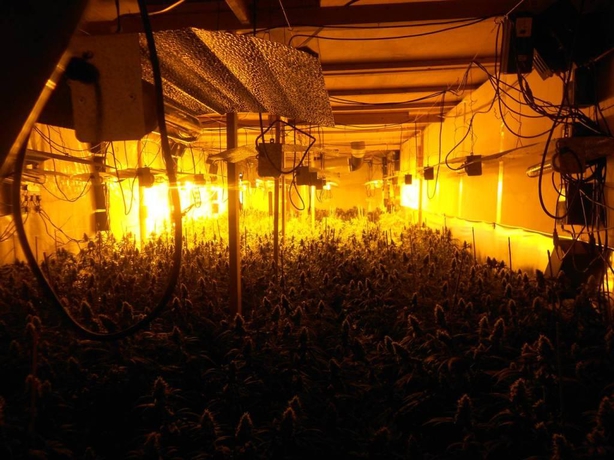 The scene has been preserved for technical examination.