A man has sustained minor injuries and a pub has been damaged in Co Longford tonight after a helicopter crash.

It is understood the small aircraft came down and struck the function room of the Rustic Inn Bar near the airfield in Abbeyshrule.

The pilot was not seriously injured but significant structural damage has been caused to the walls of the premises. 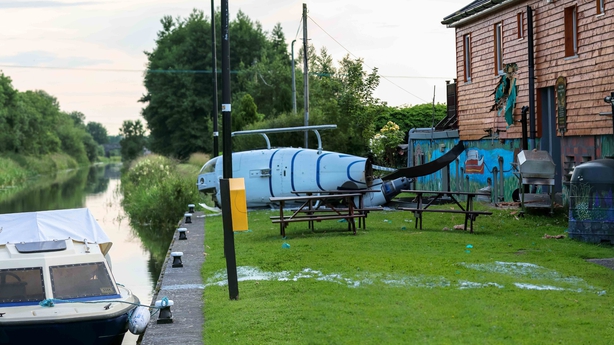 Locals say they heard loud noise in the area and saw the helicopter coming down in a narrow royal canal walkway beside the premises.

There were two men on board when the helicopter crashed. Several people were treated for shock.

Gardaí have preserved the scene for a full investigation tomorrow morning.