Three members of the Dáil have announced that they are going to launch a "new political venture."

TDs Catherine Murphy, Róisín Shortall, and Stephen Donnelly made the statement in an email this afternoon. 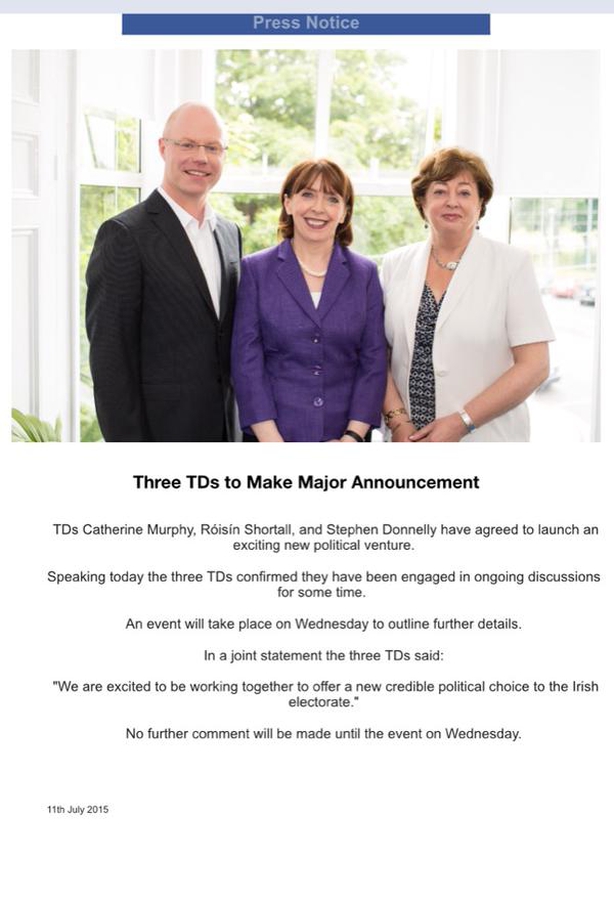 They said they have been engaged in discussions for sometime and an event would take place on Wednesday to outline further details.

In a joint statement the three TDs said "we are excited to be working together to offer a new credible political choice to the Irish electorate."

They also said they would be making no further comment will be made until Wednesday.