A judge in Massachusetts has ordered the State's Medical Examiner to appear before her court to explain about the delayed review of the medical evidence in the case of an Irish woman accused of murdering a baby in her care in January 2013.

36-year-old Aisling Brady McCarthy from County Cavan is currently on bail and awaiting trial for the death of one-year-old Rehma Sabir.

She is accused of murdering the infant who she was caring for as a nanny when the baby was discovered breathing but unconscious on 14 January 2013, and died two days later in hospital.

The Massachusetts medical examiner had agreed to undertake a review of the medical evidence following conflicting expert opinion about the nature of the baby girl's injuries.

The original medical examination concluded that the baby had died from traumatic head injuries, which was ruled a homicide, however other evidence showed spinal injuries that occured weeks earlier when the baby was not in the care of the Irish nanny.

The medical review was due to be completed at the beginning of June and circulated to Ms Brady McCarthy's lawyers and prosecutors for the Commonwealth of Massachusetts.

At a court hearing in June, the Medical Examiner indicated that it would need another 30 days to complete the review.

Aisling Brady McCarthy arrived to court today with her husband and other family members and friends expecting to hear an update on the status of a special review of the medical evidence.

The County Cavan woman has been under house arrest since she was released on bail in May, after more than two years spent in jail.

Ms Brady McCarthy must now wait even longer to learn the outcome of a review of the medical evidence.

Judge Maureen Hogan said it was not acceptable for the court, the defendent, and the Commonwealth of Massachusetts to have to  "wait indefinitely" for the review of the medical evidence.

Lawyers for the prosecution had told the court that they had not had any information from or communication with the Office of the Chief Medical Examiner in relation to the review.

However David Meier, one of the lawyers representing Ms Brady McCarthy said that he had spoken with the Medical Examiner's attorney, who had said that the reivew was "ongoing" and that it would be at least the end of July before it was completed.

Mr Meier, said the attorney Jacqui Faherty had said that it was then the Medical Examiner's intention to consult with other medical examiners about the review.

Judge Hogan queried whether the Medical Examiner's intention was to consult others before "rendering any conclusion" to the court, to which Mr Meier replied that he didn't know but that they had said they would provide it "as soon as possible".

Judge Maureen Hogan then said that court could not "wait indefinitely" on the outcome of this review, especially given that a trial date has been set for October of this year.

The trial has already been significantly delayed from its original date of April 2014.

Judge Hogan ordered that a representative of the Medical Examiner, its lawyer Jacqui Faherty or another representative, appear in her court within the next two weeks to give the court an exact date of how long the review was actually going to take.  This she said would allow the court and the defendent to know they could set a final date to expect a conclusion from the review.

The Office of the Medical Examiner had said in May that it would report back within 30 days.  It has now been 60 days and the court has not yet been given a conclusion date.

Judge Hogan asked the prosecuting lawyers for the Commonwealth of Massachusetts to contact the Medical Examiner's office and then to let her know a suitable date within the next fortnight when they could all be present in court.

She said she would also schedule dates for further hearings on motions of discovery of other evidence at that time.

Speaking after the brief hearing, Melinda Thompson, a lawyer for Ms Brady McCarthy, said that she was "hopeful" that the delay in the Medical Examiner's review would mean good news for her client.

She said she was "impressed"  that the review had been undertaken at all, and that the longer it took the more "hopeful" she was. 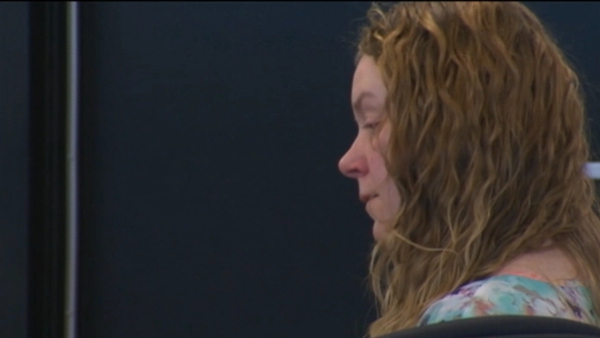 Irish nanny released on bail ahead of Massachusetts trial