Cobh Co Councillor Kieran McCarthy, who was expelled from Sinn Féin earlier this week following an internal investigation, has said he is considering contesting the next general election as an Independent.

Mr McCarthy claims to have the support of the majority of party members in the Cork East constituency.

There have been dozens of resignations from Sinn Féin in Cork East since the party confirmed Cllr McCarthy's expulsion.

Mr McCarthy has been the subject of allegations of bullying the party's sitting TD in the constituency, Sandra McLellan, and of financial impropriety since Sinn Féin confirmed on Monday he was being kicked out of the party.

Mr McCarthy said the allegations have no basis.

There has been a raft of resignations from Sinn Féin in East Cork since Mr McCarthy's expulsion; more than 50 alone from the Michael Burke Cumann in Cobh.

A former officer of the Sinn Féin cumann in Cobh said 54 of the party's members there have resigned in protest at the and suspension of councillors.

Sinn Féin continues to refuse to say why Mr McCarthy was expelled, but says the issues are serious and Mr McCarthy knows what they are.

Another councillor, Melissa Mullane, who represents the Kanturk/Mallow electoral area, was suspended for a year.

Ms McLellan, in her first public comment on this controversy, has said it is now time to move on.

The recommendations of the review panel were endorsed by the Sinn Féin Ard Comhairle at a meeting in Co Kildare on Sunday.

A statement last night issued by a former senior cumann member states that 54 members of the Michael Burke Cumann in Cobh had resigned from the party in protest at what was described as the "unjust, undemocratic and reprehensible manner" in which the two councillors were treated.

The statement described Cllr McCarthy and Cllr Mullane as councillors of "good standing" in east Cork.

It is understood the resignations leave just two members in the Michael Burke Cumann.

A spokesman, who did not wish to be named, said notice of the resignations was being forwarded to the Sinn Féin headquarters with the names of the 54 people who have resigned.

In response, a Sinn Féin spokesman said the party had not received notification of the resignations and, in any event, party structures in the constituency had been "stood down".

The party spokesman said party members in the Cork East constituency would be briefed on the situation and would be given the "full information relating to the constituency review".

The spokesman described the meeting as "extremely positive" and said those in attendance had expressed a desire to get on with the party's work.

RTÉ News understands, however, that Sinn Féin members in Midleton, Carrigtwohill and Fermoy are also considering resigning over the controversy. 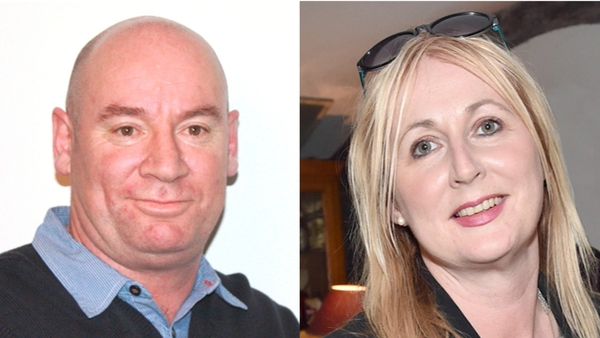