Gardaí sealed off a road and arrested the men, ranging in age from late 20s to late 40s, after what was described as suspicious activity and the discovery of a suspect explosive device.

The incident happened near the town of Ballymahon.

In what appears to be a planned operation, gardaí moved in and detained the men.

The Army Bomb Disposal Team attended the scene and rendered the device safe. 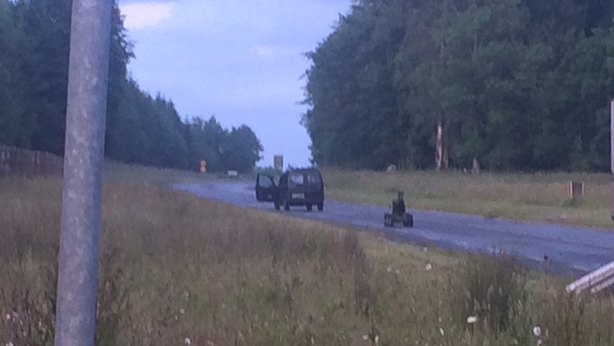 The men are being questioned in Longford and Granard garda stations.