The award was made by the Employment Appeals Tribunal and is understood to be the largest unfair dismissals compensation award ever made.

Mr Smith - who had been earning a remuneration package of €620,000 a year - resigned from the company in 2013 following revelations of discrepancies in the accounts.

He argued he had been treated unfairly and took a constructive dismissal case against his employer.

He had told the tribunal that he had been suspended by an RSA senior executive in a television interview without being told in advance.

He had also noted that a draft investigation into him had been sent to the Central Bank without giving him any chance to refute the allegations in it.

However, RSA had argued that Mr Smith resigned when he realised that the company's financial irregularities were about to be exposed.

It also said that he had presided over a culture of fear within which even senior subordinates would have been afraid to blow the whistle on their concerns about reserving issues.

RSA had also alleged that expenses irregularities uncovered by the company contributed to his decision to resign before going through an imminent disciplinary process.

In the conclusion of today's EAT ruling, barrister Niamh O'Carroll Kelly said the tribunal was satisfied that from an early stage in the investigation into Mr Smith's conduct and performance, or perhaps even before it, the claimant's fate had been determined by RSA.

She found that RSA then went on a "fact-finding exercise" to justify its predetermined decision.

She also found that suspending Mr Smith on national television was the equivalent of taking a sledgehammer to his reputation, to his prospects of ever securing employment in this industry again in Ireland, in Europe and very possibly beyond - and it sealed his fate with the respondent RSA forever.

She said that in light of that, the tribunal is making an award of €1.25m.

The tribunal stated that the decision to dismiss him was probably made to appease the concerns of third parties including shareholders and the Central Bank.

However, it said that even if it is wrong in concluding that, "... the events leading up to and the manner in which the claimant's suspension was announced on national television, the catastrophic consequences for the claimant personally, the annihilation of his future employment prospects, coupled with the respondent's refusal to inform him of the 'serious issues' and how they pertained to him, the sending of the draft report [to the Central Bank] without first giving him an opportunity to refute the allegations against him, the secondary investigation and the involvement of PK in the process were all factors that lead the tribunal to conclude that the claimant was justified in terminating his employment with the respondent".

The tribunal said there was no doubt that not only the Irish operation but RSA Group as a whole ran into capital problems in 2013.

However, it found that the group capital problems were extraneous to the Irish CEO position, though the potential breach of Central Branch regulations in relation to insurance reserving practices within the Irish business was not.

However, the tribunal was satisfied that apart from Mr Smith, at least two dozen other employees were aware of the practices. Most were in Ireland but some were in the UK Group.

The tribunal did not accept that this practice was allowed to continue for so long due to a fear of the claimant.

"Whilst as CEO he did have responsibility to ensure that practices which could attract Central Bank criticism did not develop or continue, this practice was one that was known, and known for a very protracted period of time, by too many high ranking company employees to lay the blame solely at the feet of the claimant," it stated.

While the €1.25m award is the largest ever made by the EAT, Mr Smith will have to pay his own legal costs, which are believed to be substantial.

An RSA spokesperson said: "We are extremely disappointed by the Tribunal's decision and fundamentally disagree with it.

"We are considering our options but intend to appeal the judgment." 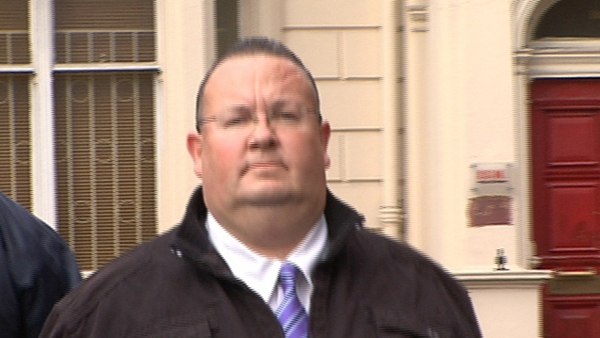