The Comptroller and Auditor General has told the Public Accounts Committee that he is happy to report that the
initial problems at the SUSI grant system had been addressed and the performance had been significantly improved.

However, Seamus McCarthy was highly critical of the initial planning and implementation process for the grant system, which was set up 2011.

"In my view certain elements necessary to ensure successful project delivery were not adequately planned.

"This resulted in key risks not being identified, key planning assumptions not being tested and the final implementation plan not being put in place till April 2012."

He added that there was no formal monitoring of delivery of milestones by the project implementation group, nor were there any formal escalation procedures in the event of adverse outcomes.

He said these weaknesses in planning contributed to the serious operational issues that arose after it went live in June 2012.

The Secretary General of the Department apologised for the distress caused to students, but noted the significant improvement in the service.

Seán Ó Foghlú said SUSI had streamlined its grants process and had improved data sharing, which has reduced the burden on students of providing documents for the applications.

He also said the launch of SUSI took place in "difficult times" when the amount of people applying for grants had significantly increased and there was staffing pressures.

Jacinta Stewart, CEO of City of Dublin Education and Training Board, which administers SUSI, also apologised for the distress caused.

She said there was just 13 months to meet the challenge of transforming the student grant delivery model for Ireland.

"Ultimately, our experience and expertise and the optimism of our proposal were insufficient to overcome the significant unforeseen challenges of limited time and of securing the resources necessary to ensure the timely and effective delivery of the project in the early months of SUSI's first year of operation".

The committee also heard that SUSI has requested that the Department of Eduction waive the over-payments of grants to some students, which amounted to €4.1m.

Mr Ó Foghlú said he had received the request and is currently seeking legal advice from the Office of the Attorney General on the issue.

Committee chairman John McGuinness said if this was to happen in private business, they would not be in business.

The committee heard that 790 students received Back to Education allowances they should not have. 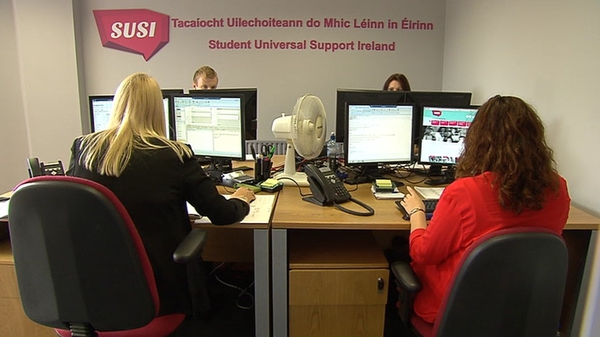