A 40-year-old man is still being questioned about the murder of a man in Palmerstown in Dublin.

Peter Conroy, 25, from Deansrath Lane in Clondalkin died after he was stabbed during a row in the early hours of this morning.

It is understood a row broke out inside a bed and breakfast on Kennelsfort Road at around 3.45am, which then spilled out onto the street.

Around ten to 15 people are believed to have been involved.

Some had been to a wedding among members of the Travelling community in Larne, Co Antrim yesterday, before travelling to Sallynoggin in Co Dublin for the reception.

A number of the guests were staying at the B&B in Palmerstown.

Four people were injured during the row with three being treated for minor injuries. 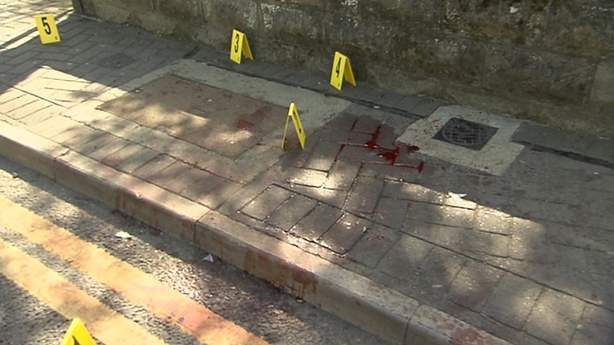 Two people were taken to Tallaght Hospital, while two others were brought to Connolly Hospital Blanchardstown.

Mr Conroy died from his wounds this morning.

The scene in west Dublin remains sealed off.