A man has been found guilty of manslaughter in Australia after a one-punch assault that claimed the life of Irishman Thomas Keaney.

Abbas Al Jrood, 23, was accused of unlawfully killing Mr Keaney, a 23-year-old from Ballyconneely, Co Galway, outside a kebab shop in Perth in December 2013.

The supreme court was told Al Jrood punched Mr Keaney in the back of the head after an argument about a chair.

Prosecutors alleged Al Jrood snuck up on Mr Keaney who fell backwards and hit his head on the footpath, causing a severe brain injury.

Al Jrood said Mr Keaney's death was a "tragic accident", claiming he had only pushed him using a technique he had learned as part of his training to become a security officer.

Al Jrood's lawyer said his client saw Mr Keaney's hand go into a woman's handbag and he was concerned he was reaching for a weapon.

The jury deliberated for about four and a half hours before finding him guilty of manslaughter.

Members of Mr Keaney's family were in Perth for the trial.

After the verdict his sister Lauren called for an end to one-punch attacks.

"The coward's punch has shattered our lives and we ask everyone to realise the risk in partaking in such actions. We would never want anyone to go through this type of loss."

Al Jrood was remanded in custody until a sentencing hearing in July.

Mr Keaney's aunt Bridie Conroy has said the death of her nephew has destroyed her family completely.

She said that the past 18 months have been unbelievably difficult for her family.

"My sister, she will never get over it. They are serving a life sentence, herself and her husband and her other three kids."

"It has destroyed our family completely and there isn't a day that goes by that something doesn't bring us back to think of Thomas, or what has happened. Christmas will never be the same for us again," she added. 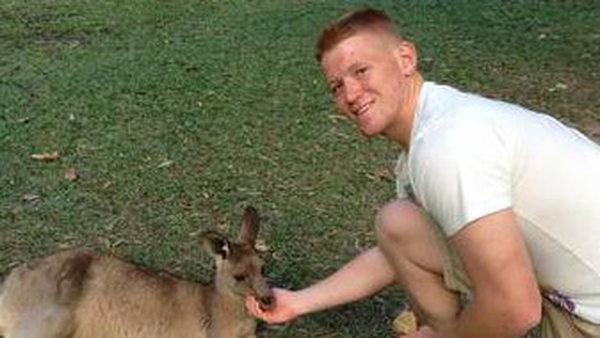