Former president Mary McAleese has called on families to follow hers in voting Yes in Friday’s same-sex marriage referendum.

She was speaking at a meeting hosted by BeLonG To, the national organisation for young lesbian, gay, bisexual and transgender people.

Mrs McAleese spoke of her fears for her son, Justin, who is gay and who she said was born into a society where gay people are denied full citizenship under the current Constitution.

She said parents, brothers and sisters, colleagues and friends of Ireland's gay citizens know how they have suffered because of second-class citizenship, adding that the referendum is about them alone.

A Yes vote "costs us nothing. A No vote costs our gay children everything," she added.

She also criticised Catholic bishops for failing to mention during the referendum campaign that the church teaches that homosexual is intrinsically disordered.

She told the BeLonG To event that gay young people in Ireland are relying on the electorate to end the branding, isolation and inequality to which they have been subjected.

Mrs McAleese also welcomed Pope Francis' decision to establish a review of Catholic church teaching on homosexuality in advance of the Synod of Bishops on the Family scheduled for next October.

The Mothers and Fathers Matters group said that while it welcomed Mrs McAleese's words on gay people and equality, a Yes vote will mean the Constitution will say "there is no difference whatsoever between the marriage of two men, and the marriage of a man and a woman."

It said that will have consequences, not all of them foreseeable, and especially for children who will have nothing in the Constitution recognising the importance of fathers and mothers.

The Iona Institute said Mrs McAleese's comments "show the vital role that mothers play in the lives of their children".

It said the referendum is about children and people are being asked to "change the constitutional vision of the family, which currently recognises the unique character of male/female unions."

The institute said a child born via surrogacy to "facilitate two men wishing to have a child will never know a mother's love by deliberate design and that is wrong and unjust".

The Yes Equality campaign welcomed Mrs McAleese's comments describing them as a powerful message of equality, inclusion and generosity, which would resonate with all those people its campaigners have had conversations with over the last eight weeks.

Spokesperson Grainne Healy said the former president's words "provide the reassurance that this referendum is only about the extension of secular marriage to lesbian and gay couples and will only enhance the status and importance of all marriages, and of marriage itself in Ireland". 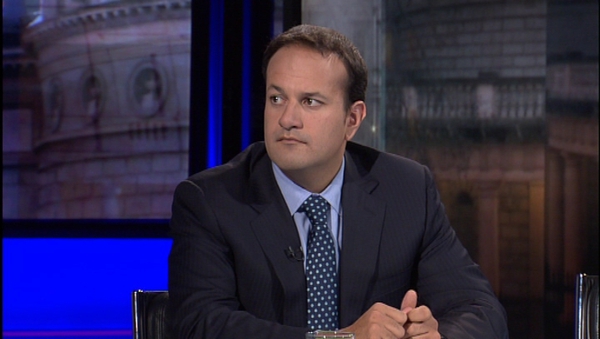 No side trying to change same-sex marriage debate - Varadkar