A number of tenants facing evacuation from their homes at a property in Dublin City Centre have said they will not move for fear of becoming homeless.

The evacuation order follows a High Court ruling which declared a number of flats at 3 Kellys Row, Dublin 1, unfit for residential use due to "serious" fire safety concerns.

The application was made by Dublin City Council, which said the owners of the property had failed to engage with fire safety officers about improvement work carried out.

The electricity was disconnected earlier this month.

The tenants included a pregnant woman with four children under the age of six.

Speaking to RTÉ News tenant Gary Donovan said he is in poor health and cannot face being homeless again. "I have nobody- if I walk out that door I am on the street" he said.

Other residents expressed the same concerns with several saying they had nowhere else to go.

He also said there was "no evidence of any fire safety measures at the building". 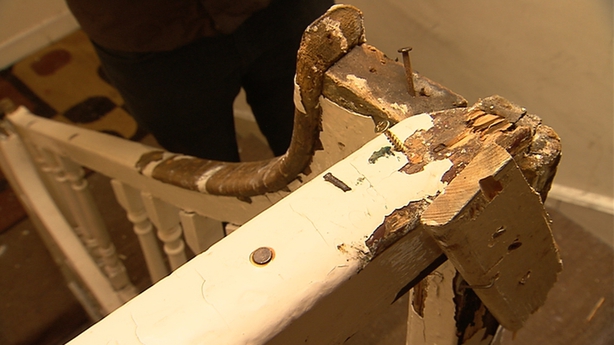 In court today Mr Simpson denied there had been no engagement with the city council on the issue.

Mr Simpson said he had been trying for some time to get the tenants to leave the building so the work could be carried out but they had refused.

He said the tenants had not been paying rent since he received a fire safety notice in March and by that stage they were already in serious arrears.

He said his partner Mr Chatham had offered €600 to each tenant to help them move on but so far they had refused.

During the proceedings, he said he had just been handed a notice containing an offer of alternative accommodation from Dublin City Council.

Dublin City Council had applied to the court to have an unknown number of people, including a mother and her four children aged under six, evacuated from the flats in a building in the north inner city due to "serious" fire safety concerns. 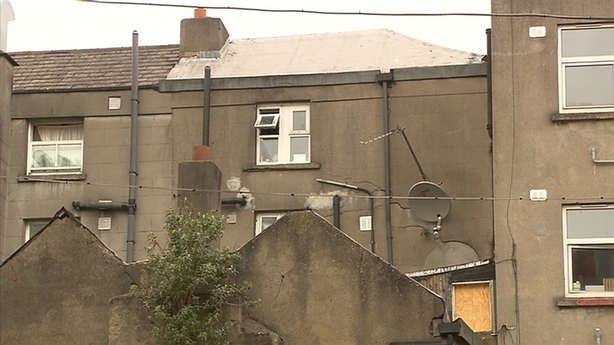 The President of the High Court, Mr Justice Nicholas Kearns, granted the order and said the building seemed to be in a very poor condition.

The judge asked counsel for DCC if they had given any consideration to the consequences of the order and the housing needs of those concerned.

He said he did not want "another Priory Hall".

Senior Counsel James Connolly said efforts had been made yesterday to contact tenants and letters had been handed directly to some and left for others.

They were informed the premises were unsafe and they should contact their landlord.

One occupant would not open the door. Another said he would not leave until his deposit was returned.

Mr Connolly said until the people concerned became homeless the functions of Dublin City Council as a housing authority did not kick in.

However, Jospeh Simpson said he had this morning received a notice of an offer of alternative accommodation.

In court, Mr Simpson denied anyone had been refused the return of their deposit.

He also said the property had been vandalised and he could not carry out the work until the flats were vacated.

He rejected claims that he had failed to engage with Dublin City Council and said prior to the letter he sent in May there had been telephone contact.

He said tenants had been handed the fire safety notices issued in March.

The court heard the building is a four-storey premises accessed via Kelly's Row with a retail outlet on the ground floor of 20 Dorset Street which is not affected by the council's application.

There is no physical connection between that unit and the flats above it.

Fire brigade officers dealt with three incidents at the building since October 2014 and a fire safety notice took effect last March prohibiting use of the premises for residential/sleeping accommodation in multi-units such as flats until specified measures have been taken to the satisfaction of the fire authority, Thomas Daly, of Dublin Fire Brigade's fire prevention section, said. 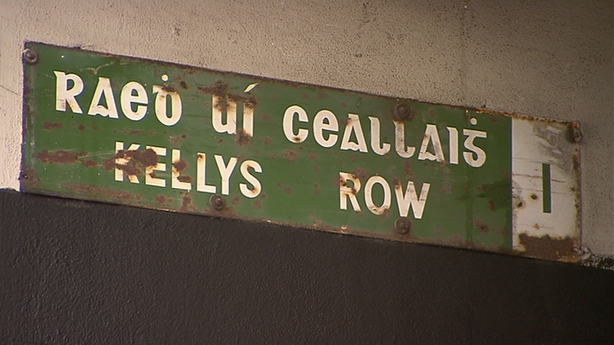 The electricity was disconnected earlier this month and the only access to and escape from the flats is via a single staircase, which itself is in "an unsafe condition", he added in sworn statement.

Mr Daly said, when he inspected the building on 11 May, there was "no evidence of any fire safety measures at the building".

He considered the risk to persons in the event of a fire was "so serious" that use of the building should be immediately prohibited until measures outlined in the fire safety notice were taken "to reduce the risk to a reasonable level".

The owners of the property were served with a fire safety notice on 27 March last, Mr Daly said.

Mr Simpson had written on 1 May the tenants were in the process of being moved from the premises, he said.

Mr Simpson also alleged 95% of the items in the fire safety notice had been covered in renovations of 2007, outstanding issues were being rectified and the fire brigade would be kept up to date, Mr Daly said.

Mr Daly said, when he inspected the building on 11 May last at the request of the fire brigade who were called to an incident there, he found four flats occupied and all flats "in use".

One of the occupants was a Romanian woman who said she had four children under six with her, another occupant said she lived there with her son and two other adult occupants would not give their full names.

Mr Simpson had told him on 12 May he could not get the tenants to leave the building, Mr Daly said.

Earlier, he said Dublin Fire Brigade reported, after they were called to the building last March when a small fire occurred in a first floor room which was extinguished by the residents, that families refused to leave the building.

Mr Daly said he inspected the building in March but could not gain access to a number of flats.

A view was taken the building was potentially dangerous, copies of a warning letter were posted to the owner of the building at the Kelly's Row address, to Frank "Chapman", Arch Villas, Greystones and hand delivered to the owner's agent.

No response was received.

A Fire Safety Notice prohibiting use of the flats issued on 4 March and was posted to Mr "Chapman", Arch Villas, Greystones, and the Kelly's Row address.

No appeal was lodged and the notice took effect on 20 March.

A letter was also sent to a Children in Care social worker on 9 March, warning the building was considered potentially dangerous and a fire safety notice had been served.

He believed no response was received.

A Land Registry search of 13 March showed No 3 Kelly's Row was acquired by Frank Chatham and Joseph Simpson and a fire safety notice was served on both men on 27 March at the respective addresses at Greystones and Ballymoney.

When he again inspected the building on 11 May at the request of the fire brigade after they went to an incident there, he found four flats in occupation and the building in "a more unsafe state" than previously, due to partition walls damaged with large holes.

Those would facilitate a more rapid spread of any fire, he said.

The fire brigade officer in charge requested the electricity be disconnected and the ESB did that, Mr Daly said.

When some occupants said they would have to use candles for light, he advised them that was dangerous, he added.